Dodgers lose playoff hopes, but only for this year

The Dodgers began the year on top of baseball and have declined, by levels, to where they now are entirely shut out of the playoffs after their 4-3 loss to San Francisco Tuesday night. So, they now turn to what this year really was about, anyway, which is next year. 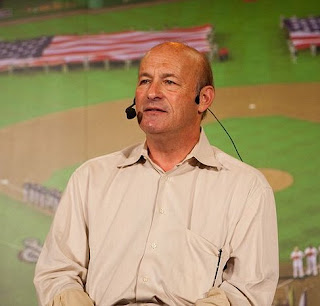 Seeing the pitching probables for Tuesday's games, the Dodgers certainly were to be eliminated from playoff contention before their own game against San Francisco was finished.

Over in St. Louis, where the Cardinals needed a win against Cincinnati to clinch the final NL playoff spot and close out the Dodgers, the outcome seemed all but pre-ordained. The St. Louis pitcher, Chris Carpenter, entered the game 14-4 with a 2.48 ERA in his career against the Reds. The Cincinnati pitcher, Mat Latos, had allowed 17 earned runs in 15 innings this year against the Cardinals.

So, it was left to the Dodgers to eliminate themselves, which they did with a 4-3 loss to the Giants.

Dodgers starting pitcher Chris Capuano allowed five hits and two runs in three innings, giving up long home runs to Buster Posey and Joaquin Arias. All of that damage occurred in a span of ten batters -- from Posey's homer to lead off the second to Posey's single leading off the fourth, giving the Giants a 2-1 lead.

With Posey's second hit, Los Angeles manager Don Mattingly replaced Capuano with Jamey Wright, the 37-year-old right hander who frequently shows us the difference between greatness and ordinariness in the major leagues. Wright still throws a lively array of pitches, but he doesn't always control them well and, when he doesn't have it working, he's walking people, then compensating and giving up line drives.

Wright couldn't stop the Giants, either. His manager didn't help. In the fifth, with Arias at first and two out, Wright threw a wild pick-off, moving Arias to second. Mattingly reacted by issuing an intentional walk to Angel Pagan and pitching to Marco Scutaro.

A lot of us thought the Giants were in big trouble when Melky Cabrera went to the brig for excessive testosterone about two months ago. Not long before then, though, the Giants picked up Scutaro in a deadline deal with Colorado. A decent enough offensive middle infielder through his nine-year career, Scutaro has become Rogers Hornsby since joining the Giants, hitting .363 in his 240 at-bats, scoring 39 runs, driving in 44 and running an .861 OPS, which becomes a 146 OPS-plus considering San Francisco's spacious park. In short, Scutaro has been about as good as Cabrera had been.

Scutaro doubled to right field against Wright, driving in two runs and giving the Giants a 4-1 lead. The Dodgers spent the rest of the game digging back.

They received a break in the seventh inning, when left hander Barry Zito first-pitch plunked Andre Ethier, who entered the game batting .216 against left handers. Giants manager Bruce Bochy surmised that it was time to change pitchers, and maybe be it was, but the pitcher he brought in, Guillermo Moto, immediately gave up a 3-2 homer to A.J. Ellis, bringing the Dodgers within 4-3.

With no outs as the pitcher's spot came up right off an electrifying home run, the Dodgers were loaded. Then they fired blanks.

First, pinch hitter Nick Punto struck out looking. Then, Mark Ellis hit a 2-2 pitch and found a gap in left-center field. Ellis told reporters that it seemed to him that Giants center fielder Angel Pagan took a bad angle on the ball. Pagan may have gotten a bad angle, but he reached the ball at about the same time that Ellis reached second, and Ellis kept it moving to third base.

Ellis took an aggressive chance. You hate to make any out at third, but it's better to make the second out that way than the first or third. If Ellis could reach third, he could tie the game on a fly ball.

But Pagan made a clean throw to his cut-off man, Arias, who made another clean throw to third. Ellis was out by a mile. Two out. The next hitter, Shane Victorino, tripled down the right field line and the Dodgers, along with their fans, were saying "What if?" Meanwhile, the Giants brought in George Kontos to pitch to Matt Kemp. The inning, and the threat, ended with Kemp’s checked swing strike three.

The ninth inning began with another Ethier victory against a left hander, his single to center field against Giants reliever Jeremy Affeldt. In came Sergio Romo and up came A.J. Ellis. Two innings earlier, Ellis homered to tighten the game. But this time, Ellis couldn’t even get a bunt down and struck out on three pitches. Next, pinch hitter Bobby Abreu flied out. Two down.

One out from losing their season, the Dodgers replaced Ethier with pinch runner Dee Gordon. On a 2-0 pitch to Mark Ellis, Gordon stole second, and now their tying run could score on a single. But Ellis lined out to center field, bringing it all to an end.

Back when they lived in Brooklyn, a Dodgers season would end like this, or much worse, and the fans could be counted upon to say, “Wait ‘til next year.” This year, in Los Angeles, the fans have been waiting for next year since last week.

Then the Dodgers won six in a row before Tuesday night, and, for a moment, this year was back in play. Now, this year is over for the Dodgers. Next year? We’re waiting.
at October 03, 2012