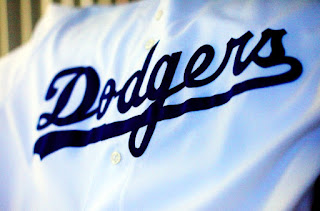 As it happens, there is one factor that accounts, more than any other, for the failure of the Dodgers in 2013. And everyone on the West Coast knows what it is.

Offensively, this year, the Dodgers are scoring 3.56 runs per game with a .697 OPS. Both of those numbers are in the bottom half of the National League.

But against NL West competition, the Dodgers are even worse.

Against the Diamondbacks, the Dodgers have a .720 OPS, but it does them little good, as they have scored only 29 runs in nine games, averaging 3.22 runs per game. The Giants have held the Dodgers below their meager league marks in both categories. The defending World Champions have kept the Dodgers to a .680 OPS and 20 runs in six games, and average of 3.33 runs per game.

Pitching hasn't been as awesome for the Dodgers as they had hoped, but it hasn't been the root of their problem, either. The Dodgers have a staff ERA of 3.83, just a tick beneath the league average of .3.80. Then again, when you look at the Dodgers' offensive scoring averages against the NL West, you know that giving up 3.8 earned runs per game is going to lose a lot more games than it will win.

Unfortunately, Dodgers pitching isn't even that good against the NL West. Their ERAs against NL West opponents this season are 4.37 against Arizona, 6.09 against Colorado, 5.11 against San Diego and, finally, against the Giants, a respectable 3.44.

The Dodgers have fallen to their low water mark this season, 11 games below .500 at 30-41. They remain tantalizingly close, only 8 1/2 games out of first place in a division where no team has been able to take command. But that's no reason to think the Dodgers can put together a surge and jump into the race.

Not unless or until they can beat the teams within the division.