Deadline trades only to be guessed, not judged

The trade deadline has passed in Major League Baseball, which often means contending clubs have given up too much for too little. Who are the winners and losers this year? It's way too early to tell. All we'll say is if a contending club dealt for a player who isn't getting it done right this moment, that club probably made a mistake. 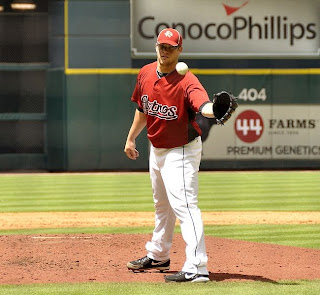 We're supposed to be declaring winners at the trade deadline. Of course, that's kind of dumb, because more than half of the players involved in deadline deals are minor league prospects who can't be assessed for a good five years or more. If we know we're going to change our minds about these trades down the road, and for entirely predictable reasons, then why declare winners now?

Way back in 1990, the Boston Red Sox won at the trade deadline by acquiring reliever Larry Andersen, who did a good job and helped them into the playoffs. But the Houston Astros won that trade for the next 15 years, because they received Jeff Bagwell. Last season, it wasn't too hard to find experts singing for the Angels because they acquired Zack Greinke from the Milwaukee Brewers. Now, all anyone wants to say about that trade is that the Angels would be so much better off if they still had Jean Segura.

It goes on like that all the time. Back in 1987, the Detroit Tigers made a terrific summer trade, bringing in Doyle Alexander from the Atlanta Braves. Alexander did an outstanding job for the Tigers, 9-0 with a 1.53 ERA in 11 starts as the Tigers came from behind in the last week to overtake the Toronto Blue Jays for the American League East championship. Everyone who followed the game knew the Tigers had to be very satisfied with the trade. By now, though, it's in the books as one of the club's biggest mistakes, because they parted with John Smoltz, who was a 20-year-old losing in Double-A.

So, even if it does turn out that the Baltimore Orioles struck gold by trading for Bud Norris -- and it almost certainly won't -- and even if the Orioles go deep into the postseason with him, pay no attention to the man behind the curtain, who will tell you that they made the right move. Because that very same man behind the curtain will curse the Orioles in years to come if it turns out that a prospect they gave up, L.J. Hoes or Josh Hader, turns into an All-Star.

We tend to think of the trade deadline as contending clubs addressing needs, but it's every bit as much about failing teams addressing needs, and it often turns out that the latter type makes the much better deal, from a raw value standpoint. There's a lot more to be gained by the latter type of team in the summer trade, because contenders are so driven by the opportunity to win that they will overpay.

Example: At the deadline in 1999, the Cincinnati Reds traded for Juan Guzman, who pitched a 4.08 ERA in ten years and was very near the end of the line. At the deadline, Guzman was 5-9 with a 4.18 ERA for the Baltimore Orioles. In exchange, Reds general manager Jim Bowden sent the Orioles left-handed reliever B.J. Ryan, who was drafted a year earlier and rose all the way to the major league club. By the large numbers, probably not a very solid decision. By the skinny numbers, it was a sharp trade.

As the trade happened, Guzman was hot, throwing five quality starts in his last six for a 3.20 ERA with the Orioles. The Reds plugged him into their rotation and he kept going that way -- 12 starts, a 6-3 record, a 3.03 ERA and a .238 batting average against. The Reds pushed themselves into a tie for the wild card and wound up facing the New York Mets in a play-in game, which would, today, be a wild card playoff game.

Ryan ended up having value, but not really until years later. He matured into a reliable reliever in 2004, saved 36 games for the Orioles in 2005 and turned that into a four-year, $35 million free-agent deal for the Toronto Blue Jays, for whom he produced two good seasons. By then, the Reds had such poor starting pitchers that Ryan would not have been of use to them, anyway. Trading the prospect who would have three 30-save seasons for the fading vet who gave them 12 starts and helped them past the regular season was the right deal for the Reds.

The Mets received everything they could ask for in that trade. But they didn't do nearly as well as the Twins, who picked up Rick Aguilera and Kevin Tapani, among others, in the deal. In 1991, Tapani was 16-9 with a 2.99 ERA and Aguilera notched 42 saves. The Twins won the World Series. If it's about winning, the Twins won.

Later, in 1995, Tapani was involved in the wrong kind of deadline deal. The Dodgers, evidently mesmerized by the name, sent a package of prospects to the Twins for Tapani, although the right-hander had only two quality starts out of his last eight before the trade. Predictably, Tapani continued to pitch poorly down the stretch in Los Angeles and produced a WAR of minus-three for them in 11 starts, which means the Dodgers would have been better off just plugging a 4A guy into that spot. By playoff time, Tapani wasn't even in the rotation.

Getting back to Bud Norris: In his last three starts before his trade to the Orioles, he pitched 17 innings and allowed 16 earned runs. In the last two starts, he threw 120 and 119 pitches. Do the Orioles actually believe that trading for this guy is going to help them down the stretch? To receive Norris, the Orioles gave up Hader, a 19-year-old left-hander who is dominating in Class A, and Hoes, a 23-year-old outfielder who produced a .791 OPS in 181 games Triple-A for Norfolk, about ten percent above the International League average. Kind of hard to believe.

But the trade deadline and playoff contention sometimes draw teams into strange decisions. Whether or not they are good decisions, it's too early to tell.