Inside the numbers of the Dodgers' 40-8 surge 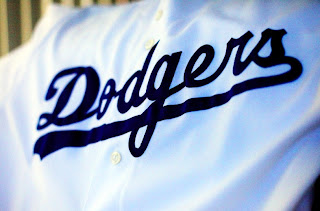 The Dodgers have won 40 of their last 48 games, the first time any team has done that at any point in any season in 71 years. This is historic stuff we're seeing out there, night after night. With wins in their next two games -- and their scheduled pitchers are Zack Greinke and Clayton Kershaw -- the Dodgers would become only the fifth team ever to win 42 of 50 games. During this run, the Dodgers are 12-2 against clubs that are positioned, right now, to be in the playoffs.

Much virtual ink has been spilled on explanations for how this team has become so formidable so quickly. Remember, if you will, that the Dodgers were 73-89 in their last year's worth of games when they started play on June 22, the day they began this historic surge. The team included most of these same players for most of that time. They gave no indication of being able to win. There were injuries, of course, but there also have been injuries since. They've done almost all of this without Matt Kemp, after all.

Anyway, the ink that has been spilled, virtual and otherwise, is for naught, because the explanation for what has changed with the Dodgers is simple.

Everything. There’s simply no point in trying to isolate causes or reasons, because everything is going absolutely right for the Dodgers like we’ve never seen it go right for anybody.

There is no aspect of the game at which the Dodgers aren't dramatically improved and playing very well. And they're lucky. Just say it. The Dodgers are lucky. Carlos Marmol pitched two shutout innings for them in their 5-4, 12-inning win against the New York Mets Wednesday night at Dodger Stadium. The Chicago Cubs couldn't wait to get rid of Marmol, and now he's notching big outs for the hottest team in the game.

Attempting to quantify this remarkable run by the Dodgers, we shall extrapolate from a section of records commonly found in the game notes provided to the media by each team before every game. This stuff is wild.

Other measures give us an even sharper sense of how much better the Dodgers are playing. For example, through June 21, they were 17-18 when they didn't make an error. So, not only did they tend to squander errorless fielding, but they were errorless in fewer than half of their games. Since June 21, they are 24-4 when they make no errors, so they are errorless 58.33 percent of the time and they win almost all of them.

Decades of reading media game notes have made one truism clear, especially in the National League. The tipping point between winning and losing is scoring four runs as opposed to scoring three. Just as surely as the sun rises every day, team after team after team will have a winning record when it scores four or more, and a losing record when it scores three or less. Even an excellent team is in a jittery position when it scores three runs. Consider the Atlanta Braves, who have the National League's best record at 74-47. The Braves are second in league ERA at 3.20 and second in league scoring at 4.50 runs per game. But when the Braves score three runs or fewer, they are 15-38, and when they score exactly three, they're 8-10. When they score four or more, they're 58-9.

It would be helpful to see some good numbers on the matter, but when the league ERA is around 4.00, it would seem that four runs is where most games will tip. Consider the Houston Astros, who are 39-81. They can't even win one-third of their games. But when the Astros score four or more, they're 28-28. When they score three or fewer, they're 11-53.

Those last two numbers are the most stunning of all. You just don't see teams win, let alone win two-thirds of the time, when they score three runs or fewer, or when they allow four runs or more. Call it magic, call it history, call it luck, call it damned good baseball, call it anything. But know this. It won't last. It's can't. That's nothing against the Dodgers. No team is this good.