Somehow, the St. Louis Cardinals and the Pittsburgh Pirates haven't been good at the same time in more than 80 years, so they haven't been rivals. But are they ever making up for it now, playing for the 24th and final time this season Wednesday in Game 5 of their National League Division Series. 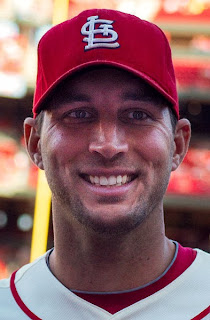 What a way to end it. Two teams that have chased and hammered on each other in the National League Central division for the entire season are coming down to one game Wednesday, a game that will end the season for one of them and keep hope alive for the other.

It's the Pittsburgh Pirates and the St. Louis Cardinals playing Game 5 of their National League Division Series (NLDS) in St. Louis. As Pirates manager Clint Hurdle mentioned to reporters, his team will be playing its 168th game of the season -- and its 24th against the Cardinals. The Pirates won the majority of their regular season meetings, but the edge was only 10-9. Now, they're 2-2 in the NLDS.

How many generations have died away or been born to the world in the 85ish years since 1927? Eight, nine or ten, depending on how we parse the generations? People watching the game last time the Pirates and Cardinals duked it out for anything big could have been born 25 years before the Civil War, 30 years before the first avowedly professional baseball team.

But now, all of a sudden, we see these great Midwesternish National League legacy franchises banging hard on each other from April into October. It's a little like what happened between the New York Yankees and Boston Red Sox, who always had a certain backyard mutual antagonism, but they didn't become the rivals we've come to know until three factors coalesced by the late 1990s: 1) Both clubs were good at the same time; 2) expanded playoffs set it up so they could meet in the postseason, and, as a result of 1 and 2, we got; 3) two regional rivals playing each other two dozen times in many years for very high stakes.

The Cardinals and Pirates are really blowing it up this year, and now it's coming down to this one game with, by the way, a very intriguing match-up of starting pitchers. To no surprise, each team is sending out its best guy: Adam Wainwright for the Cardinals and Gerrit Cole for the Pirates.

Excepting one blow-up in last year's NLDS against the Washington Nationals, Wainwright is a postseason stalwart for the Cardinals. Even with that game, Wainwright is all but bulletproof in the postseason. Recall that he allowed six runs and only got seven men out in his Game 5 start against the Nationals. The Cards won that game, anyway, 9-7, and advanced to the next round against the San Francisco Giants.

If we could throw that one out, here's Wainwright in his postseason career: 37 1/3 innings, four earned runs (0.96 ERA), 45 strikeouts and six walks. Even with that bad start, he's 3-0 with a 2.27 ERA in the postseason. And he wasn't even around when the Cardinals won it all in 2011 because he was recovering from surgery. In 2013, Wainwright led the NL in wins (19) and innings (241 2/3). Wainwright has never won a Cy Young, but he is a Cy Young quality pitcher year after year.

Cole is the obvious choice for Hurdle, especially after his victory against the Cardinals in Game 2. He's a rookie, but he gets it up there as hard as it can get and he won 10 games despite taking his first start on June 11. And, again, he's 7-1 with a 2.37 ERA after Pittsburgh losses. As it happens, this series is going to Game 5 only because the Pirates lost Game 4, 2-1, Monday afternoon.

The Pirates and the Cardinals have never been rivals, but they're working up a game for the ages here. And here's something else about how it shapes up: the winner will take on the Dodgers, who already are advantaged, in a sense. However this one ends, the Dodgers won't have to face either of these pitchers twice in the National League Championship Series -- at least, not on regular rest -- unless it goes to Game 7.