Dodgers won't fret over losing out on Tanaka

Japanese star right-hander Masahiro Tanaka signed Wednesday with the New York Yankees, meaning the Dodgers didn't get a player they wanted. Turns out, perhaps, that the Dodgers didn't want him very badly. Certainly not as badly as the Yankees. 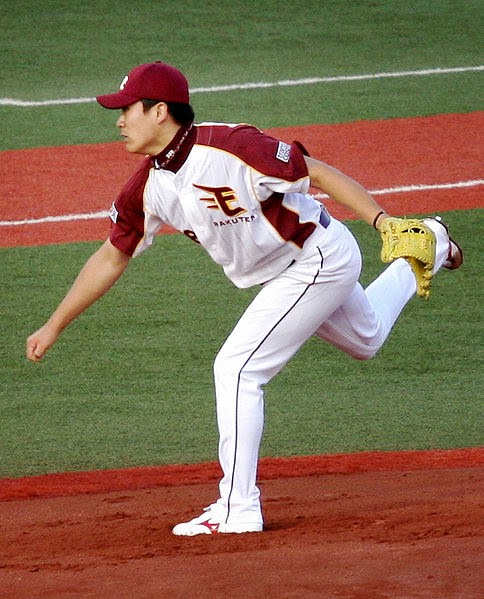 So, the Dodgers missed out on signing Japanese right-hander Hisanori Tanaka, and the rush is on to make this development into a larger story.

Over at the Los Angeles Times, their fine veteran baseball reporter Steve Dilbeck characterized the Dodgers' whiff on Tanaka as "(t)he first hint of coming financial limitations. Ownership warned this day was coming, and here it is, feeling slightly early upon arrival."

An SB Nation blogger, Grant Brisbee, puzzled over the "meaning" of the Dodgers missing on Tanaka and didn't seem very convinced by his own conclusions.

The list could go on, but you get it. The very idea that the Guggenheim Dodgers couldn't procure just whoever they wanted seems almost to imply a contradiction. It seems an analytic truth that if the Dodgers want a player, he's theirs. And if they didn't get him, it must mean that something important has changed.

But nothing has changed at all. The Tanaka signing says nothing about the Dodgers, except that they have a little sense. The Yankees are paying $22 million per year, money approaching the Clayton Kershaw/Justin Verlander level, to a fellow who has never tossed a pitch in the Major Leagues. Add in the $20 million posting fee, and the Yankees are spending $25 million per year for this pitcher.

The Dodgers had just finished a seven-year, $215 million extension with Kershaw, a durable Cy Young pitcher who isn't yet 26. Is Tanaka worth three-quarters of that at 24 after a 24-0 performance last year in the Japanese Pacific League?

Absolutely not. It's safe to say that $25 million per year for a pitcher who hasn't tossed a pitch in the Major Leagues is unprecedented. It's barely precedented among pitchers who have succeeded in the Major Leagues. It's about what the Dodgers will pay Zack Greinke for the next five seasons, $25 million in some years and $26 million in others. When you spend $25 million per year on Hisanori Tanaka, you're saying he's as valuable as Zack Greinke. The Dodgers weren't about to say that, nor should they.

No one is arguing here that Tanaka can't or won't be a big winner in the Major Leagues. And it's not like the Yankees will go broke for spending $175 million to negotiate with him and sign a contract. In its twisted way, the signing even makes sense. For the Yankees.

That's because the Yankees live in a different environment than other Major League teams. For all their free-agent signings this year, which included Jacoby Ellsbury, Brian McCann and Carlos Beltran, they didn't have reliable starting pitchers beyond C.C. Sabathia and Hiroki Kuroda. The Yankees were a third-place team last year. And being bad in New York is bad, but, as everyone knows, being irrelevant is worse.

So, the Yankees made a bid to be relevant, to capture the back page and, it is hoped, to considerably improve their pitching rotation.

The Dodgers don't have those needs. They won the National League West last season and advanced to the National League Championship Series. When it ended, they were portrayed not as under-achievers, but as gritty fighters against injuries to Hanley Ramirez, Andre Ethier and Matt Kemp. They've got an outstanding front three in their pitching rotation and, with or without Tanaka, they are the hands-down favorite to win the NL West again in 2014.

Why, then, spend $25 million per year for a pitcher who hasn't begun to demonstrate that he's worth it? The Dodgers don't have an answer to that question, and neither do we. But the Yankees do.

In fact, Yankees officials mentioned through several outlets that they have scouted Tanaka for years, having a considerable presence in Japan, and they are confident that he will translate. Meanwhile, by the testimony of MLB.com reporter Ken Gurnick, the Dodgers don't have the same confidence that Tanaka will translate to the American game.

The Dodgers now turn to other names on the free-agent market, and the most popular name is Bronson Arroyo, late of the Cincinnati Reds. Arroyo is a No. 3 starter in a good rotation. With the Dodgers, who have a much better rotation than that, he's a No. 4.