Dodgers no better than a year ago ... is that good enough?

The Dodgers are a star in the Major League universe again, and it is good to have them back. But they began spring training last week no better than they were when they left the field after last year's National League Championship Series, which makes one question if they can take the next step in 2014. 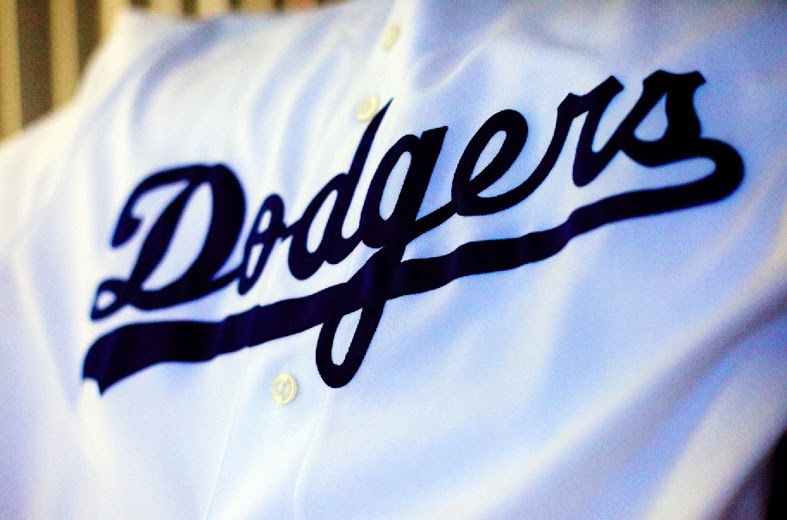 The Dodgers are back a little earlier than most teams because they will begin the season on March 22 in Australia (Public domain image).

The Dodgers have begun training camp with pitchers and catchers, which seem to be among the least of their worries. Not to be a killjoy, considering that the Dodgers again are the No. 1 team in town with the demise of the Lakers, but some skepticism is in order.

We don't normally like skepticism in spring training. Spring is the time of new awakening in a young man's heart, and all that. But the Dodgers have been on such a honeymoon since reaching the National League Championship Series (NLCS) that no one seems to notice that they have improved not one bit during the winter, nor is there sufficient accounting for that freakish 42-8 run the Dodgers needed to rescue their 2013 season.

The Dodgers earned everything they got, and they probably have another 92 wins or more in them for 2014. The National League West doesn't include another club that is absolutely ready to pounce. The Dodgers will be favored to win their division, and they should be.

But if the 2013 Dodgers weren't a World Series team, then the 2014 Dodgers probably aren't one, either. There's an idea going around that the Dodgers somehow were noble over-achievers, taking on the St. Louis Cardinals without Matt Kemp or most of Andre Ethier and Hanley Ramirez before losing the NLCS in six games. There is some merit to it, and there also isn't. After all, the Cardinals didn't have one of their main producers, Allen Craig, and the former ace Chris Carpenter missed the whole year before retiring.

Obviously, though, the strengths of this Dodgers team are compelling. Signing ace left-hander Clayton Kershaw to a seven-year extension for $215 million is a franchise move. Behind him in the rotation, Zack Greinke and Hyun-jin Ryu are as good as it gets for No. 2 and No. 3 starting pitchers.

And the Dodgers bullpen could be top-notch from top to bottom. Kenley Jansen is back to close after 28 saves, a 1.88 ERA and a 0.861 WHIP in 75 appearances. Brian Wilson, the former San Francisco Giants closer, figures to be the eighth-inning man. Behind them, we find right-handers Chris Perez and Brandon League, both experienced as big league closers. The two top lefties, J.P. Howell and Paco Rodriguez, both are good.

Offensively, the roster includes Adrian Gonzalez, Hanley Ramirez and Matt Kemp, who all have produced MVP-type seasons. In the outfield, along with Kemp, we find Ethier, Carl Crawford and Yasiel Puig. All four of the outfielders, except for Puig, have produced in winning amounts over multiple Major League seasons, and Puig might be the monstrous talent of them all.

The catcher, A.J. Ellis, is a popular anti-star on this team. If he doesn't keep every pitch in the dirt from getting away, he and the pitching staff are splendid at cutting down the opponent's running game, offing 44 percent of attempting base stealers (28 of 63) against a league average of 28 percent.

Lots to like. There also is quite a bit about which to be wary. The main questions about the Dodgers concern health, aging and defense.

On the health front, we begin with Kemp, who had a period in his life -- roughly 2011 and the first month of 2012 – when he was the best baseball player in the world. As spring training begins in 2014, Kemp is fighting against a career threatening injury to the talus bone in his left ankle. He can't run yet.

Kemp played in only 73 games last season, a few less than Ramirez, who appeared in 86 games. Ramirez produced like no one else in 2013, a 190 OPS-plus. When he played. His durability in 2014 cannot be assumed.

Injury concerns also are at work in the starting rotation, with Josh Beckett and Chad Billingsley both entering spring training as walking wounded. Those are two pretty good names to have at No. 4 and 5 in the starting rotation. Right now, though, those names can't go there. We are more likely to see the names of lefty Paul Maholm, who is a pretty good recent signing, and right-hander Dan Haren, who is as likely as not to spend the season at the chiropractor’s office. Along with Haren's troublesome back, there is some concern about Maholm's left elbow, which caused him to miss time last September. And if neither of them has it, we're back to Stephen Fife and Matt Magill.

Behind the plate, Ellis is entering his age 33 season, that magic moment when all but the very greatest players begin to decline sharply. Ellis already declined from a 118 OPS-plus in 2012 to 93 in 2013, and squatting behind the plate all day isn't conducive to freshness. Behind Ellis is Tim Federowicz, and we shouldn't be too surprised if he is catching the majority of games by September.

Defensively, who knows what to expect from incoming second baseman Alex Guerrero, the former shortstop for the Cuban national team? The transition to second base is hardly a no-brainer, especially when it comes to dealing with that back side runner on the double-play ball to the shortstop. And if he fights the transition, the Dodgers don't have Mark Ellis around anymore to clean it up. He signed with the Cardinals, who brought him in as a fallback position in case Kolten Wong isn't really ready.

The Dodgers also should be concerned about balls hit to the left side of the field, and with lefties Kershaw, Ryu and Maholm in the rotation, those will not be infrequent. Ramirez is minus-3.5 WAR defensively in his career at shortstop. In left field, Crawford lacks range and throwing arm, and teams that don't run on him are missing opportunities for extra bases. Juan Uribe at third base often enough fails the eye test at third base, even though his metrics there are pretty good.

Uribe is something of a metaphor for the Dodgers overall. Maybe synecdoche – a part that is representative of the whole – is more like it. Dodgers fans spent three years complaining about the three-year deal for $21 million to which the club signed Uribe back when they couldn't afford anyone better. But when he crushed that bunny pitch from Atlanta Braves reliever David Carpenter to win the National League Division Series last year, Uribe became a hero to millions. With that, the Dodgers signed Uribe for another two years at $15 million. But Uribe is entering his age 34 season, he contributed little except outs in 2011 and 2012, and he now is a candidate for decline.

The Dodgers aren't exactly candidates for decline. They can expect an exciting regular season during which they will win a lot more than they lose, and it is a major upset and disappointment if they don't return to the playoffs.

But when they get there, are they any better? Will Uribe be able to deliver that towering hit? Will there be enough towering hits across the club to push the Dodgers into the World Series? Because that's what it's really about at this point. It's World Series or bust. And as spring training begins, it's not obvious that the Dodgers have added the pieces to get them there, because they haven't really added anything.