The Dodgers, enriched by their $8.35 billion television deal with Time-Warner Cable, have shut out more than half of their local market. It's time for the Dodgers to stand with their fans and push to put their games on more Los Angeles television sets. 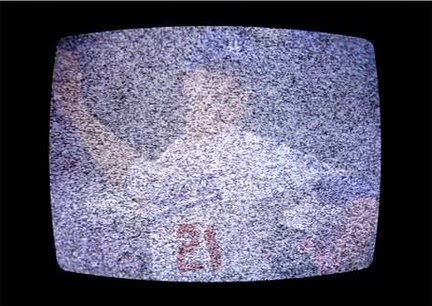 Dodgers fans will hold a rally on June 1 (3 p.m.) at the Short Stop Bar, located at 1455 West Sunset Boulevard.


Of all the professional sports franchises throughout American history, none has stood for the ordinary man like the Dodgers, none has promoted diversity as a national ideal and practice so aggressively or successfully as the Dodgers, and, long before Magic Johnson brought Show Time to the Lakers, it was the Dodgers who gave Los Angeles a common champion and a unifying athletic theme.

If only it were that simple. Because there's always been a dark side. That's the baseball business, with its money uber alles ethos and the political play that comes with it.

Case in point: The Dodgers' television deal with Time Warner Cable (TWC), which gets 25 years of the club's local TV rights in exchange for $8.35 billion, nearly four times the $2.15 billion Guggenheim Baseball Management paid to acquire the club, its stadium, its entire history and half of its parking lots from the reviled former owner, Frank McCourt. All of Los Angeles celebrated the new ownership, featuring Magic, whose personal brand is so powerful locally that it actually raised the Dodgers from the state of discredit that had been wrought by McCourt's ownership.

The new ownership came out strong, pursuing better players, improving Dodger Stadium, restoring the public's good faith and producing a team that came within two wins of appearing in the World Series last season. The city had its baseball team again.

And now, it kind of doesn't.

Simply put, the Dodgers sold out their fans. The money was just too good to pass up. Maybe, when TWC puts $8.35 billion on the table, you sign that piece of paper before the cable company comes to its senses. Maybe you don't ask too many questions or make too many demands. Maybe you take the money and run.

That isn't quite right, of course. There's always a price. But the price is outrageous. The bidding war between TWC and Fox Sports for the Dodgers television rights escalated the price to well beyond the established local market level of $3 billion over 20 years, which the Angels and Fox Sports agreed upon two years earlier. Obviously, TWC seeks to recoup some of those costs by asking for enormous redistribution fees from direct competitors, reportedly as high as $5 per household per month. Just as obviously, direct competitors such as DirecTV, Charter Communications, Dish Network and others would much rather watch TWC choke on a bad business deal than bail out TWC by over-paying  for the Dodgers games.

The Dodgers have been somewhat short of heroic throughout this episode. On the rare occasions when team President Stan Kasten has deigned to address the people of Los Angeles about this matter, through the media or otherwise, he has either taken the TWC negotiating line, made diffident avowals that the problem will somehow be resolved or offered some kind of unconvincing testimony about how this bothers him every day.

But how badly can he really be bothered by this? He made a deal for $8.35 billion, four times the purchase price of the team, which already was half-and-again the $1.4 billion for which McCourt was asking, and that already was thought to be a ridiculously high demand. Sadly, in exchange for $8.35 billion, there is precious little evidence that the Dodgers have ever pressed TWC for guarantees that Dodgers games would be made widely available, either during the negotiations or since.

It's a good business deal. Probably a bit too good. The Dodgers are paying for it with a considerable loss of good will. They have, indeed, now placed a good share of their good will into the hands of TWC negotiators, and you don't have to hang around too many American households before realizing that you really don't want TWC to be the executor of your good will.

Long ago, the Dodgers were the working class heroes of Brooklyn. Then, they brought in Jackie Robinson, then more African-American stars, and they became Black America's team. But the Dodgers couldn't agree with New York City officials about a new stadium, so the club's owner, Walter O'Malley, yanked the franchise from its Brooklyn roots and moved it to Los Angeles, breaking generations of hearts on the East Coast. To build Dodger Stadium, Los Angeles officials displaced an entire Mexican neighborhood in Chavez Ravine, breaking generations of hearts on the West Coast.

It's been ugly sometimes. But times change, time heals, and the Dodgers have always gotten back to the common folk. During their first 31 years in Los Angeles, the Dodgers went to the World Series nine times, winning five of them, at once joining the local glitzerati and salving the common man with compensatory heroes. They even won over the Mexicans when the chubby left-hander from the Sonoran outback came along and stoked Fernandomania.

Flyover America badly misunderstands Los Angeles. It's not bright lights, glamorous evenings and easy living. It's overwhelmingly hard-working people of limited means getting up early in the morning and fighting through life. The fight is scarcely to be endured, let alone won, without common passions and daily amusements.

The guy who lives and works up and down Western Avenue, the middle class family in Burbank, and even rich people in the hills – they count on the Dodgers, not even necessarily to win, but to at least be there when they need the Dodgers, to at least be there when they get a chance to put their feet up, let go of real life for a moment, and drift imaginatively to a parallel world where they aren't themselves so much as they are, in some sense, the Dodgers.