A Dodgers-Giants division race? About time!

It's been 10 years since the Dodgers and San Francisco Giants duked it out in the National League West. Now, at long last, blaring out of the All-Star break, here it comes. 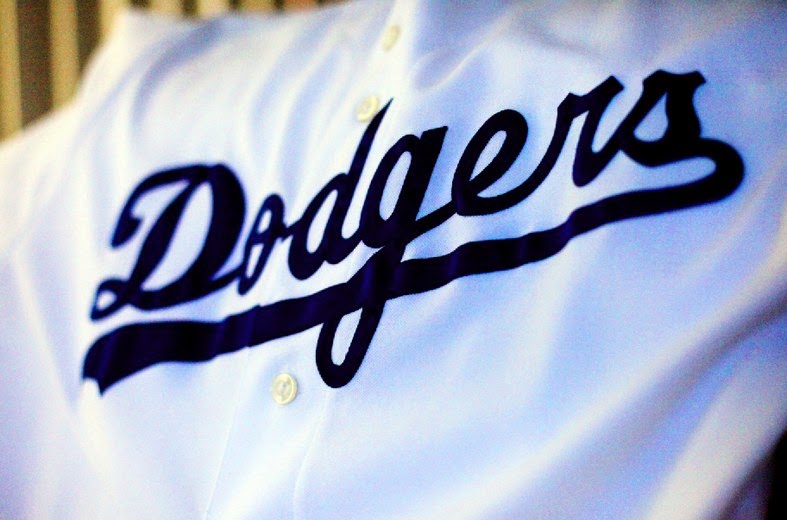 We thought a National League West race between the Dodgers and San Francisco Giants might materialize in 2012, but it didn't. This season, it has (public domain image).

We're just about to that point at which every club across Major League Baseball has played 100 games, and the last month of Dodgers games will never be confused with 42-8.

But it's certainly good enough for now. And only for now.

For now, the Dodgers and the San Francisco Giants are right with each other on top of the National League West, trading the lead back and forth. The true reason is another June swoon by the Giants after they had won two thirds of their games. At the All-Star break, the Dodgers led the West by one game 54-43. A week following the All-Star game, the Giants hold the one-game lead at 56-44.

We're looking now at an enticing possibility, something we haven't seen in 10 years – a race for the NL West between the Dodgers and the Giants, who last really went toe-to-toe in 2004, when the Dodgers prevailed by two games over the Giants.

The Dodgers teased us a little in 2012, when they started so well, then the new ownership came in and splurged on players mid-season. But a true divisional race never materialized because that Dodgers club never synced together. The Giants won the division by eight games and played a solid postseason to win the World Series for the second time in three years while the Dodgers still hadn't won it since 1988.

Finally, last June, the Dodgers began to gel, hitting that 42-8 stride for the division championship while the Giants suffered the downturn of many defending World Champions. The Dodgers couldn't finish the job in the postseason, losing a six-game National League Championship Series to the St. Louis Cardinals, who then fell to the Boston Red Sox in the World Series.

Now, though, here at mid-season 2014, we've got that race that was happening on two coasts more than 3,000 miles apart for a pretty solid 65 years. The Dodgers and Giants have taken their turns this year, just as we might expect. Through June 8, the Giants were 42-21, 9 1/2 games ahead of the second-place Dodgers, stumbling along at a mere 33-31.

But we've seen some pitching lately, have we not? On May 20, the Dodgers' team ERA peaked at 3.69. From then until the break, the staff tossed up a 2.92, bringing the season number down to 3.29. The Dodgers struggled early with their bullpen, which choked up about a dozen games in the first six weeks. Through May 20, Dodgers relievers notched 13 saves, five blown saves, three wins and nine losses. From then until the break, it was 17 saves, two blows, a win and a loss. That bullpen, which was supposed to be a huge strength, really is one now. Kenley Jansen is 29-for-32 in saves (90 percent) and the team is 82 percent against a league average of 68 percent.

The recovery of the Dodgers' bullpen is Reason No. 1 for the club's rise in the standings. And the bullpen isn't even where the Dodgers pitching staff is at its best. Day after day, their starting pitcher is simply better than the other guy. With Josh Beckett throwing the way he was throwing before going on the disabled list, their No. 4 is better than half of the other clubs have at No. 1. The Dodgers should out-pitch the other club every day, and that has been happening.

We could say the Dodgers will go as far as their pitching can take them, which is pretty far, but we don't have to. Imagine what this club can do when it starts hitting.

By many measurements, the Dodgers are an elite offensive club within the NL this year, and they're not nearly as productive as they could be. With only 78 homers in their 102 games, they would have to hit one per game the rest of the year to match last year's total of 138 homers. If those homers come, the Dodgers will light it up.

The Dodgers have a few left-handed hitters who might pick it up a little. Last season, Adrian Gonzalez ran a 124 OPS-plus and now he's carding a 114, while Andre Ethier is down from 120 to 94 and Carl Crawford is down from 107 to 94.

The difference in terms of their offensive efficiency, just to pick one, is Dee Gordon, a forgotten man, who, out of nowhere, became a second baseman – and an All-Star second baseman, at that. Gordon has added a running dimension that this club sorely needed. The Dodgers already have stolen 91 bases (and been caught 35 times), with Gordon already swiping 45 bases in 55 attempts. Last year, the Dodgers swiped only 78 bases all year (and were caught 28 times). Their stolen base leader, Carl Crawford, was 15-for-19.

So, the Dodgers approach their last 60 games as a strong contender with a lot of room to grow. It bodes well for the remainder of this season. But there is one thing standing in their way. The Giants.