No reason for Dodgers to deal on deadline

The Dodgers already have plenty enough to win this year. In order for them to have enough for winning every year, they must refrain from dealing prospect talent that gives them a chance to win every year in exchange for a pitcher who would be marginally valuable right now. It sounds like the Dodgers will play this right. 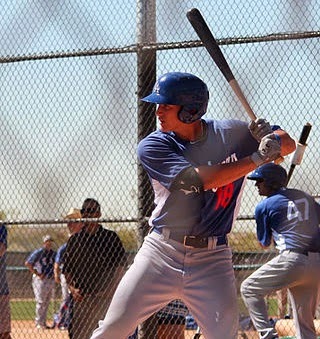 Reports indicate that the Dodgers are going to cool it on today's trading deadline and refrain from making a deal for a pitcher, or anything else. Good.

The Dodgers have enough players to win already. It would make absolutely no sense at this point for them to trade anything of value for a two-month rental on a pitcher like Boston Red Sox left-hander Jon Lester, good as he is, or any amount of Red Sox right-hander John Lackey.

The Dodgers began the season with a $230 million player payroll. These players haven't all been golden. But they have been good enough to take a three-game lead on the San Francisco Giants in the National League West, and they still haven't really begun hitting.

The deadline arrives with the season going right for the Dodgers. They've won five straight with their 3-2, 10-inning win at Dodger Stadium Wednesday night against the Atlanta Braves. Matt Kemp is hitting .400 since the All-Star break with three homers in the last two days, and he's playing with fury we haven't seen since 2012. And the Giants have been flailing, though they snapped their six-game losing streak with a 7-5 win Wednesday against the Pittsburgh Pirates.

Everyone remembers those Atlanta Braves clubs that always had a solid pitching rotation one through four, sometimes one through five, won 14 consecutive divisions and came out of it with precisely one World Championship. They were great clubs that almost never went all the way because that attribute of four or five strong starting pitchers is no advantage during the postseason.

During the regular season, when you're playing 20 games in 21 days, having four or five good starting pitchers will get you 100 wins. But during the postseason, when you're playing three games every four days or, maybe, five games every seven games, that No. 5 starter never appears. He becomes all but useless. The manager will use his one through three as often as possible. The No. 4 will get one start in a seven-game series.

If the Dodgers could add a pitcher who would be one of their best two or three starters, perhaps a deal would be worth making. But nobody on the market qualifies, including Lester, despite his 10-7, 2.52 performance this year for the Red Sox. If the Dodgers were to add Lester and make him their No. 4, then run their starters straight-up one through four during the postseason, then Kershaw, Greinke and Ryu all become less valuable because they wouldn't work as often. It would be rather too much of a good thing, and the cost would be a prospect, a good one, probably Corey Seagar or Joc Pederson for a pitcher who probably is gone after the postseason, anyway.

Lackey doesn't present quite the same problem. He's 11-7 with a 3.60 ERA. If he's on the Dodgers as their No. 4, then we can suppose the Dodgers wouldn't run out their starters, one through four, in turn, during the postseason. Lackey would take probably one start in a seven-game series. But, then, what's the point of having Lackey for the postseason?

The Dodgers ownership struck boldly to acquire players on taking over in 2012, but the club president, Stan Kasten, said back then that the goal was to develop players. They've got a couple in their system now who project to become big producers for many years. Trading either of them, for virtually any price, would be foolish.

It's remarkable that anyone would advocate trading either player for a pitcher who would be marginally valuable, if that, for the Dodgers in the postseason.

The Dodgers already have an excellent chance to win this year. The goal for this organization is to win every year. They should keep the prospects. It sounds like they will.