Dodgers improve by inches, not miles

The Dodgers didn't create much of a sensation at the non-waiver trading deadline, obviously. But they did improve their ball club by adding three guys who weren't even stars with poor clubs. The Dodgers picked up what they need, which isn't stars. 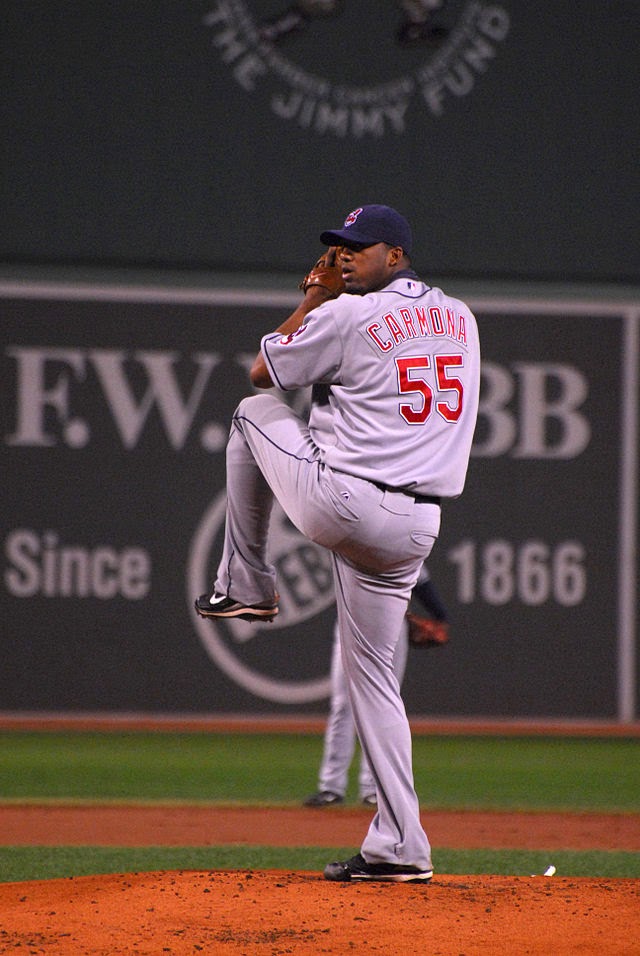 On the heels of two huge deals involving high-end pitching at the at the non-waiver trading deadline two weeks ago, some wondered why the Dodgers were silent.

But the Dodgers got it right. Instead of dealing away a prospect or two for a high-priced, two-month pitcher rental, the Dodgers made precisely the kind of deal this corner advocates. In fact, they made three deals illustrating the principle that one improves a ball club by inches rather than miles, picking up three solid big leaguers to fill marginal roles and, apparently, giving up next to nothing.

Earlier discussions in these pages have addressed the typical over-valuing of "name" pitchers at the non-waiver trading deadline – a pitcher qualifying as a "name" if he happens to be the pitcher with the best reputation among those who are available at the moment. Last year, the "name" at the bewitching hour was Bud Norris.

At that moment, we took a stab at complaining about deadline trades, because so many of them miss the immediate principle behind the trade. The general rule here advised is this: You're dealing for right now. You're trading for outs, immediate outs. Not names. It doesn't mean you must bargain away future prospects. It means you need a pitcher who is getting batters out at this moment.

He might not be a famous pitcher. He might be someone who is lost in the shuffle, perhaps the third- or fourth-best starting pitcher on a last-place club like the Philadelphia Phillies. He might be a guy who's only going to cost $1.5 million bucks for two months of regular season, and a couple of less-heralded prospects. And you might get a guy who has been through a couple of battles.

Throw out his first five starts this year and he's got a 3.33 ERA with a .242 batting average against him on balls hit in play starting on April 29 through his last start with the Phillies on Aug. 1. That's two months with 93 1/3 innings in 15 starts, which means he has gotten into the seventh inning, on average.

In his last seven starts with the Phillies, beginning on June 23, Hernandez tossed a 2.85 ERA in 47 1/3 innings over seven starts, just about seven innings per start. Batters hit .189 against him, with a .212 batting average on balls hit in play. Only one home run against him.

So, maybe his name isn't David Price or Jon Lester – it isn't even Fausto Carmona! – but Hernandez has been getting the job done and, we add, those last seven starts came against, among others, the Atlanta Braves, the Pittsburgh Pirates, the Milwaukee Brewers, the San Francisco Giants and the Washington Nationals, all strong playoff contenders.

In his first start for the Dodgers on Aug. 8, Hernandez simply did what he's been doing while hiding in plain site for the last two months. He gave up two runs in the first inning against the Milwaukee Brewers, but that was all they got through his six innings and he left with a 3-2 lead. Had Hernandez pitched into the seventh, he would have fared no worse than the Dodgers bullpen, which promptly gave up four runs on the way to a 9-3 loss in Milwaukee.

If Hernandez keeps doing that, or close to it, then he's what the Dodgers need, which is just a fourth starter who will keep them in games for the rest of the regular season. As the No. 4, Hernandez isn't who Dodgers will lean upon to carry them through the playoffs.

Hernandez should get no more than one start in each playoff series, because the smart postseason play for the Dodgers is to lean on their strong front three of Clayton Kershaw, Zack Greinke and Hyun-jin Ryu. Again, if the Dodgers had traded the farm for David Price, they would have acquired much more pitcher than they actually need in exchange for much more future than they need to give up. The postseason schedule never forces a team to play four days in a row, so it's no strain to pile almost every start on the front three while giving all of them their four days of rest each time, and maybe a little more.

Assuming one day off between series and a day off for each venue change within a series, and also assuming the maximum number of games in each series, let's additionally assume that the Dodgers go with Kershaw in their first game of the playoffs. If they follow, in turn, with Greinke and Ryu, they can keep all three in rotation on regular rest for as long as the playoffs take. In that event, they would only need Hernandez for one start in each series, and only if the series goes at least six games in the last two rounds.

Maybe the arrangement doesn't give the Dodgers maximum flexibility, but we can't say it doesn't give them enough starting pitching. Would it really be worthwhile to take starts from any of those three just to make sure Price gets enough starts? It it worth someone like Corey Seager or Joc Pederson? Do the Dodgers gain as much as they lose in that exchange?

Probably not, though we grant that the Detroit Tigers look a lot less wrong in the trade for David Price now that Anibal Sanchez has been placed in the disabled list and Justin Verlander might be going there. You can't plan for injuries, and the Tigers certainly didn't, because you really shouldn't plan for injuries, unless some player is especially vulnerable to injury. If the Dodgers should lose one of their front three, we won't blame the front office for laying off Price. It would be odd to say, "The general manager should have traded away two players who stand to be 10-year regulars for them, just in case Kershaw got hurt." The Dodgers have enough players to win already.

So, why do the Dodgers pick up guys who can't stick with the last-place Chicago Cubs, like Darwin Barney, or who are expendable to to last-place Minnesota Twins, like Kevin Correia? Because those clubs are searching for front-line guys, which these guys aren't, and the Dodgers don't need them for that. The Dodgers can use them more suitably.

Perhaps the Correia deal is a bit of a head-scratcher. Corriea has built a 12-year Major League career on not being very good. He has spent the entire time just on the right side of the line between being the proverbial "replacement" player and being just enough better than a replacement player to get a two-year contract for $10 million from the Twins entering his age 32 season in 2013. Bad teams need starting pitchers, too, and Corrieia has taken his turn with a lot of those clubs. He pitched six years for the San Francisco Giants before they were good, then he pitched a couple of years for the San Diego Padres, then he pitched two years for the Pittsburgh Pirates before they were good, then he was on to the Twins.

Baseball-reference.com gives Correia's lifetime WAR as 5.3 in 12 seasons, just barely better than a 4A guy would have done. But that's better than a lot of clubs have to fill the role the Dodgers have for Correia, which, they say, is to pitch long relief and take an occasional start. That's what a mid-rotation guy on a poor club becomes when he joins a good one. It certainly would be more cost-effective to just run a 4A guy out there, but the Dodgers don't have those guys lying around, so they're going for the little edge here, and it doesn't cost them a lot

The Cubs gave Barney three years to claim their second base position because he is such a spectacular fielder. But he was a poor hitter in his rookie season of 2011 (.666 OPS) and he has been progressively worse each year. If Barney could hit just a little bit, he would be a highly valuable player, an every day player who could draw a deal from a good team when he goes free agent in 2017. His range at second base is right there with anyone, and he makes some of the most remarkable throws of any player on any baseball field. But he hits so poorly that it's questionable if he will still be in the big leagues when 2017 arrives.

Could be, though, that Barney has a long future as a spare infielder who can at least catch it and throw it when the regular second baseman or shortstop goes down, something on the order of John McDonald, who now plays for the Angels. With so many more hitters than the Cubs, the Dodgers could even get away with Barney as the every day second baseman or shortstop for at least a while because he adds uncommonly to the infield defense. He's not going to move Dee Gordon off second base, of course, but Hanley Ramirez and his impending free agency project a hole at shortstop after this season.

It happens that Seager, the organization's top prospect, is playing shortstop every day at Chattanooga of the Southern League, a 20-year-old in a league where the average position player is on the high side of 24. He's batting .343 in 70 at-bats there after hitting .352 in 327 at-bats for Rancho Cucamonga of the California League, where the average player is nearly 23. So, Seager appears to be coming fast, and he might be the big league shortstop at the start of next season.

But if he isn't ready, Barney could be a nice one-year place holder so Seager can have a little more time for development. As much as Ramirez hits, Barney is so superior defensively that it might not even be a net loss – and that's a comfortable statement even though Barney has played very little shortstop in the Major Leagues. Maybe Gordon moves back to shortstop and Barney takes second base for a year. They could break Seager in gently, if they need to, and still be covered.

The Dodgers don't need any of these new acquisitions to be stars. They've got stars. They need complementary players to fill little gaps for this year and, maybe, beyond. They haven't made headlines. But they have made their club better.

Editor's note: All numbers in this piece are from Baseball-Reference.com.