The Detroit Tigers are trying to win the American League Central division for the fourth straight time, and this one isn't as easy as some of the others. They still hit as well as just about anyone and they still catch it worse than anyone, but their trademark pitching is way down. Now, they're trying to hold off the Kansas City Royals in the last two weeks of the season. 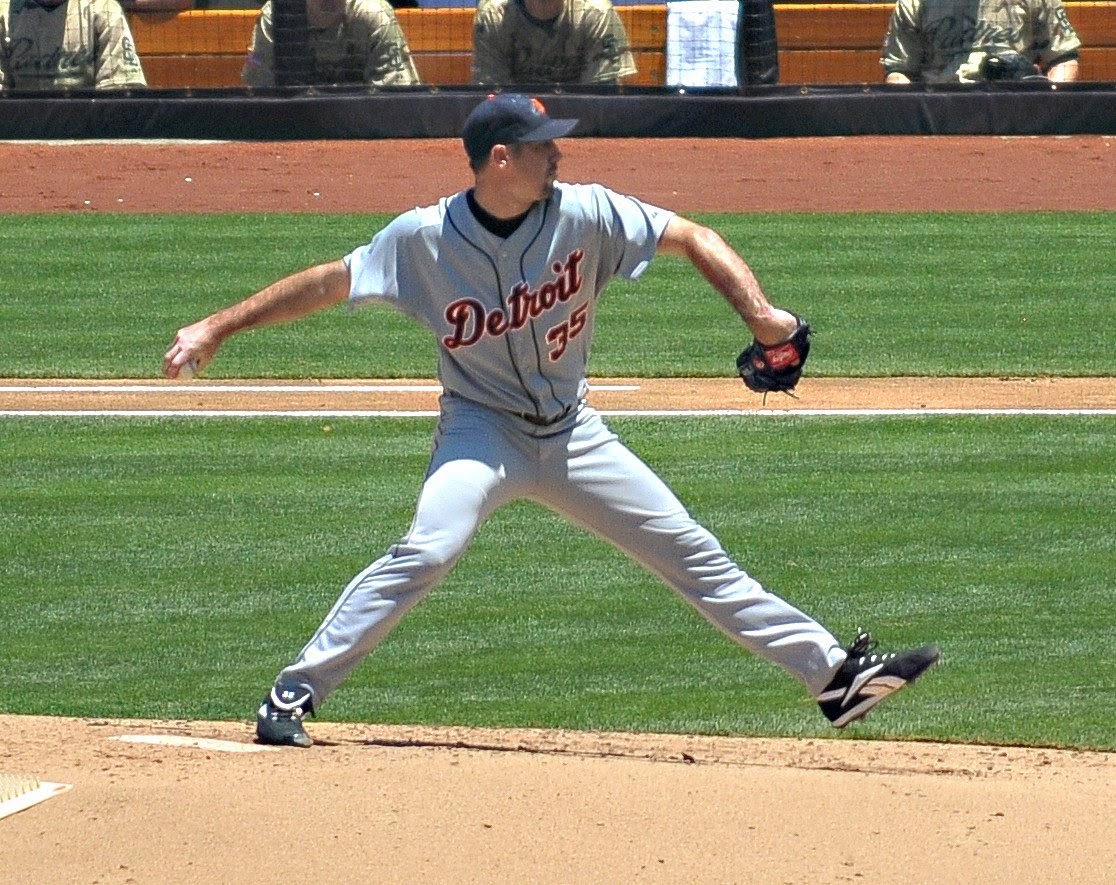 Nobody saw a championship race coming in the American League Central division, where the Detroit Tigers, going for their fourth straight title, held a seven-game lead on July 24. This division was on cruise control.

That was almost two months ago. Friday, the Tigers go to Kansas City fighting for their postseason lives. The Tigers hold a mere half-game lead over the Kansas City Royals as those clubs begin three games that might decide the division if the Tigers sweep, and, otherwise, won't. A week of games will follow the series, and any other outcome than a Tigers sweep would keep the margin between these clubs within three games. The way this season has gone, though, the Tigers wouldn't be comfortable even if they do sweep.

What happened? Tigers fans often can be found bemoaning that their favorites should have won five or six more games by now. Looking at the Tigers, it would appear they have done everything right, by the book, at least, entering this season.

They had their big arm, Justin Verlander, signed for the long term. They, apparently, improved themselves defensively by trading first baseman Prince Fielder to the Texas Rangers for second baseman Ian Kinsler so they could move Miguel Cabrera to first base, where he figured to be less of a defensive liability. They had a rookie, Nick Castellanos, ready for third base. They had to figure that replacing departed free agent Jhonny Peralta at shortstop at least wouldn't hurt defensively. They brought in Rajai Davis to play left field. They signed a successful closer, Joe Nathan, to solve that problem they've long had with finishing out leads. Of course, they have Victor Martinez, who is close to being the best designated hitter in the American League.

Above all that, they "won" the Fielder-Kinsler trade, though in the most unfortunate possible way, due to Fielder's serious neck problems. And who could top that starting rotation? Even after trading Doug Fister to the Washington Nationals last winter, which wasn't one of their better ideas, they still had Verlander, Max Scherzer, Anibal Sanchez, Rick Porcello and Drew Smyly. And they held a seven-game lead on July 24. Then, at the trading deadline, they nabbed the big prize on that market, bringing in left-hander David Price from the Tampa Bay Rays.

Know what else? They enter Friday's first game in Kansas City having defeated the Royals in 11 of their 16 meetings.

For all that the Tigers have put into making themselves better, they are a long way short of being an imposing club right now.

Defensively, they are even worse than last year, when they finished at minus-57 fielding zone runs above average. This year, with 10 games left, they are at minus-89, which means they give away more than half of a run per game defensively. Just looking at defensive runs saved, the Tigers are down significantly at many positions.

At first base and second base, the Tigers are improved defensively. Last year, Fielder was minus-13 in defensive runs saved at first base. This year, Cabrera is even (zero). At second base, they've improved from Omar Infante's minus-five to Kinsler's plus-16. But Cabrera was minus-18 at third base last year and Castellanos is minus-30 there now. At short, Peralta was even (zero) last year and the Tigers haven't found anyone better this year than Andrew Romine (minus-2). In left field, Andy Dirks was plus-eight last year. This year, Davis was minus-15 there, then they moved him to center field, where he is minus-three. Right fielder Torii Hunter has declined from minus-10 last year to minus-19 this year.

Individually, certain Tigers pitchers have been disappointing, particularly the guys at the front and back of their staff. Verlander is the fifth-best starter they have this year at 13-12 with a 4.81 ERA. Nathan is no better than the Jose Valverde of late 2012, running a 5.20 ERA. He has 32 saves, but he also has blown 10 saves (though he did come back and win two of those games).

Fans might think the Tigers should have won five or six more games by now, but the club's Pythagorean disagrees. The Tigers are 84-68 and their Pythagorean says they should be 81-71. Not much of a club. Good hitting (still), but also terrible defense (still). The difference is in the pitching, which has declined from near league leadership to middle of the pack.

So, the Royals don't need to be fantastic to jump into this thing, and they aren't. They are pitching and defense – third in the AL with a 114 ERA-plus and second only to Baltimore in defensive runs saved (36).

The Royals are good fun defensively. Their manager, Ned Yost, has said he might have a half-dozen Gold Gloves, and he's not far from wrong. The top candidates might be outfielders Lorenzo Cain (20 defensive runs saved), Alex Gordon (24), Jarrod Dyson (16) and catcher Salvador Perez (eight). Shortstop Alcides Escobar is a good defender, though his minus-three doesn't say so. First baseman Eric Hosmer is plus-two and Infante at second base is plus-one. Even their worst defenders aren't too bad. Third baseman Mike Moustakas is minus-two and right fielder Nori Aoki is minus-seven (though his fielding zone runs above average is plus-two).

When a ball club doesn't beat itself defensively, we shouldn't be surprised that it wins. Obviously, that defense supports terrific pitching. Leading the rotation are veteran James Shields (14-7, 3.15) and 25-year-old left-hander Danny Duffy (8-11, 2.42). The other starters – Jeremy Guthrie, Jason Vargas and Yordano Ventura – are solid. The back three pitchers in the bullpen are much more than solid. Kelvin Herrera destroys the seventh inning for opposing hitters with a fastball that touches 100 miles per hour, Wade Davis is an eighth-inning guy with a 0.94 ERA and Greg Holland has a 1.54 ERA and 42 saves as the closer.

They do have some upsides, however. When the Royals have it working offensively, they are something in the mold of the Angels. They walk (358) and strike out (909) fewer times than any other club in the AL. They keep it moving, though, going third in league batting average (.261) and leading the league with 142 stolen bases (in 175 attempts, an .811 percentage). The AL is successful only 73 percent of the time on steals.

It's often said in sports that when your team isn't scoring, defense keeps you in it. But when the Royals don't score, they are so tepid that not even their pitching and defense can make it work.

We have, here, two mirror opposite clubs. The Tigers hit it, but they don't pitch it or catch it. The Royals pitch it and catch it. Sometimes, though, they also hit it. When they do, they win.

It makes forecasting this outcome rather a form proposition. If the Royals hit during these last 11 games of the season, they will prevail. If they don't, it's the Tigers. Again. Barely.