Inevitably, someone will stop the San Francisco Giants and wrestle away the Henry Aaron Award, but the Giants have once again defended the title this week and now have held it for 24 games, setting the all-time record. 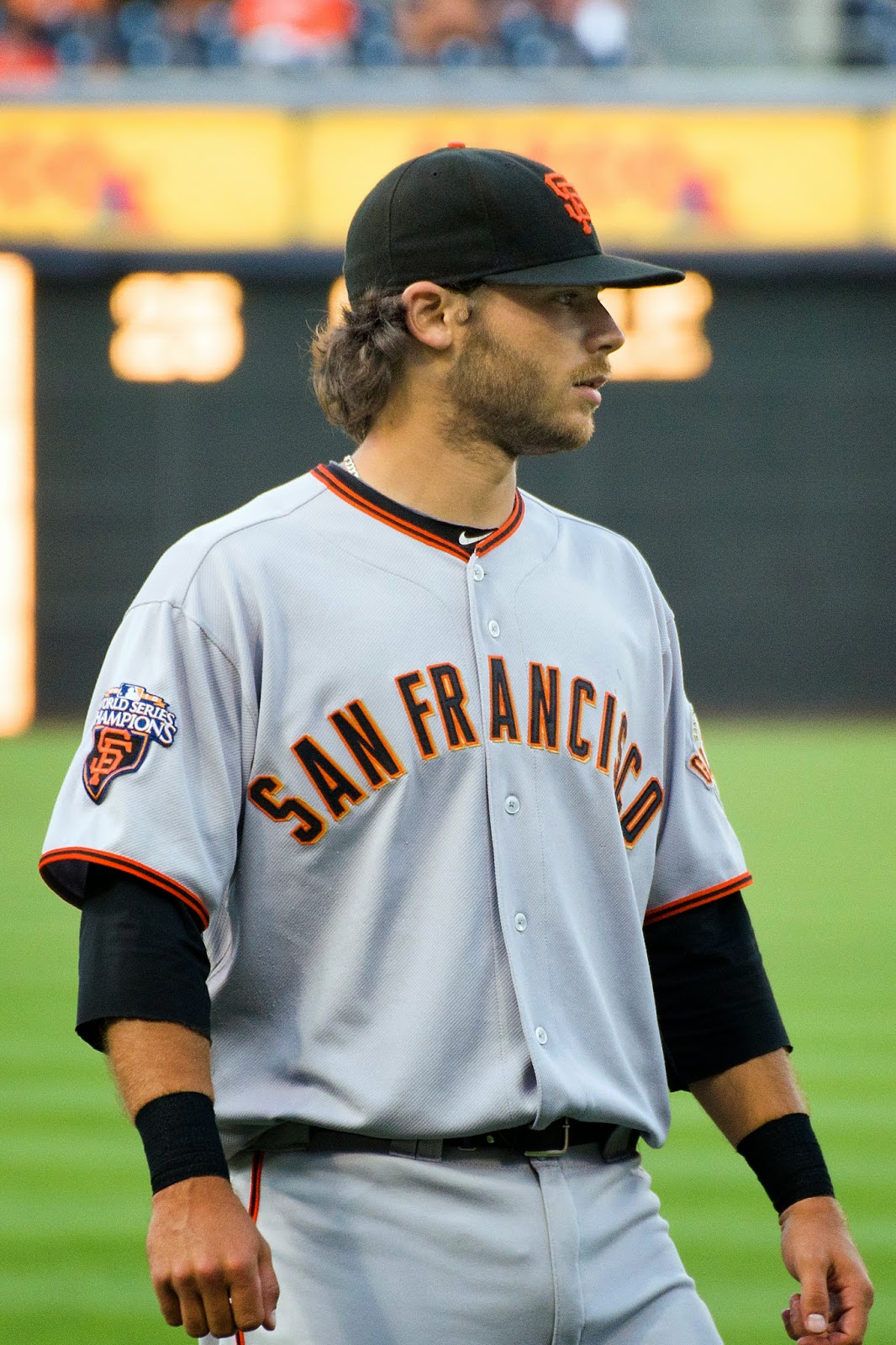 Brandon Crawford had a big series for the San Francisco Giants against the Arizona Diamondbacks, going five-for-13 with a homer and three RBI (SD Dirk/Creative Commons Attribution 2.0 Generic license).

Coming off of a spectacular 2014 in the Henry Aaron Award competition, the San Francisco Giants are continuing to streak with the prize in the early days of 2015, and they're doing it in record-setting fashion.

The Henry Aaron Award is the interleague traveling distinction, established in 2011.

The Giants won two of three on the road this week against the Arizona Diamondbacks to continue a run with the award that began last Sept. 25-28, when they took it from the San Diego Padres at home during the final series of the regular season. Thursday, the Giants squeaked past the Padres, 1-0 in 12 innings, to begin a four-game series for the Aaron in San Diego.

After winning the Aaron from the Padres at the end of last season, the Giants took it all the way through the postseason, including their seven-game World Series victory against the Kansas City Royals. The 2014 World Series marked the third time in four years of the Aaron that the prize was on the line during the fall classic.

The Giants now have held the Aaron for 24 straight games, eclipsing the previous record of 23 games set by the St. Louis Cardinals at the start of the 2012 season. The Cardinals had taken the Aaron from the Texas Rangers with a seven-game victory in the 2011 World Series.

The Giants compiled the greatest Aaron season in history with their 2014 effort, during which they won the honor every time they had the chance, then defended it ferociously. The Giants won the title four times and were successful in 10 of 13 defenses, accounting for all of the 17 series they played with the Aaron on the line. The Giants were 41-18 in Aaron games and held it for 48 games, the all-time record.