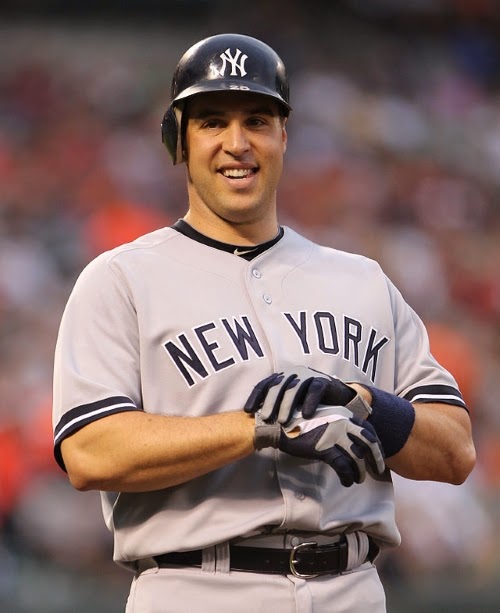 So, the New York Mets struggled against the New York Yankees during the weekend, losing two of three at Yankee Stadium.

But the Mets aren't struggling otherwise. They beat the Atlanta Braves three straight to start the week ending on April 26 and increased their lead in the East League from 1 1/2 games over the Braves to three games over the Tampa Bay Rays. Though the Yankees won their series against the Mets, they still lost one-half game because they were playing in Detroit while the Mets were sweeping the Braves.

And the Mets did rather beat themselves in the April 26 rubber game with the Yankees, making four errors that led to two unearned runs, the difference in a 6-4 Yankees victory. Two of the errors came after balls hit by Alex Rodriguez, both after Rodriguez had homered earlier in the game.

No team in the East had a better week than the Rays, who moved up from fifth place to second place after winning five straight through April 26. The Rays picked up a game on first place and now are three games down.

More dramatically, the Rays picked up huge in the South Division, coming from 2 1/2 games down to take the lead by one-half game. They can thank the Braves, who held the division lead a week ago, then lost three straight against the Mets and two of three against the Philadelphia Phillies, all on the road.

The Mets will go on the road at the start of this week against the Miami Marlins, who ended the week just completed with five straight wins against the Phillies and Washington Nationals. The Mets swept the Marlins in four at home earlier in April. After that, the Mets go home against the Nats, who have, so some surprise, distinguished themselves with their last-place occupancy in the East at this early date.

A series of some import at the start of the week will put the Yankees against the Rays at Yankee Stadium. 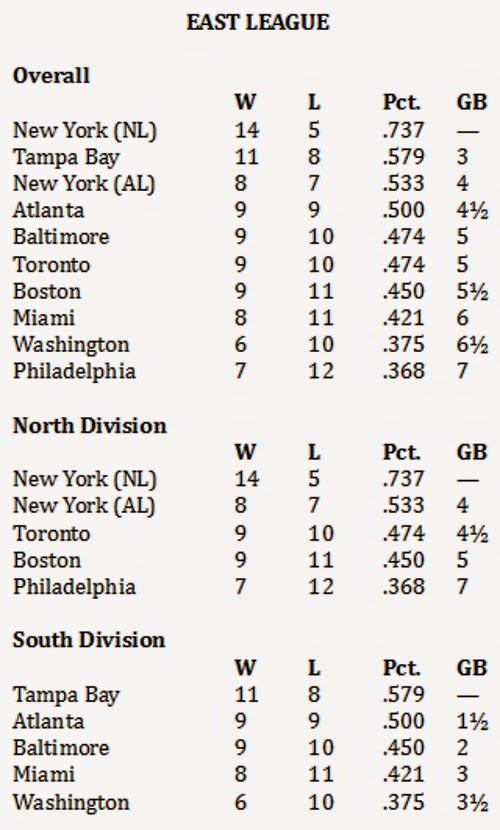