The Kansas City Royals defended the Harmon Killebrew Award with a three-game sweep at home against the Chicago White Sox during the opening series of 2015 for both teams. Now, the Royals take the Killebrew to Anaheim this weekend against the Angels, who will set out to avenge their playoff defeat to the Royals from last October. 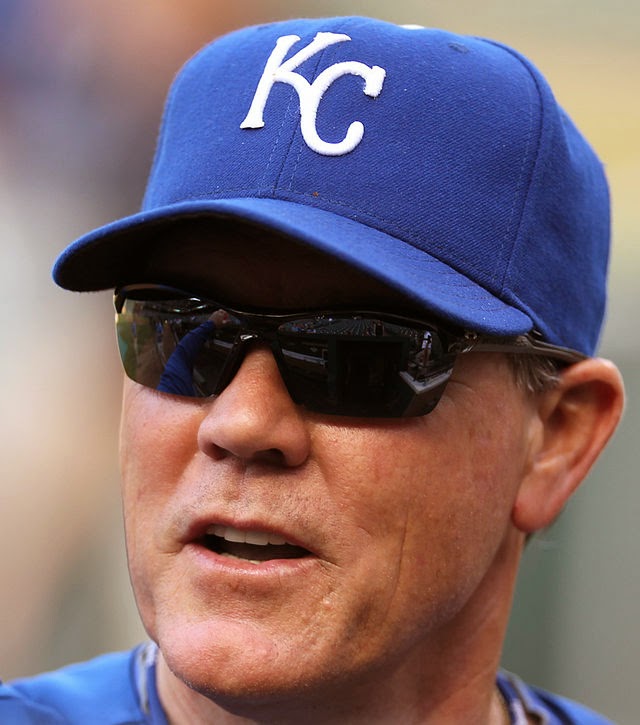 Royals manager Ned Yost has his club on a tear with the Harmon Killebrew Award, which now has been in Kansas City's hands for five straight title defenses (Keith Allison/Creative Commons Attribution/ShareAlike 2.0 Generic license).

In addition to their other breakthroughs in 2014, the Kansas City Royals made a huge move up as a player for the Harmon Killebrew Award, the traveling honor in the American League established in 2011.

As with their better known achievements, the Royals became a factor very late in the 2014 season. And they're a factor early in the 2015 season, defending the Killebrew with a three-game sweep of the Chicago White Sox in Kansas City this week.

The Royals have held the Killebrew for 15 games, going back to a two-of-three capture from the Cleveland Indians in Cleveland last Sept. 22-24. The Royals then won three of four from the White Sox to end the regular season before their wildcard (1-0 over the Oakland Athletics), divisional (3-0 over the Angels) and American League Championship Series (4-0 over the Baltimore Orioles) victories ended the 2014 season with the Killebrew in their hands.

With their rally, the Royals finished 2014 at 27-16 in Killebrew games, taking the prize four times and defending it six times in nine attempts. They also held the honor for 27 games, barely nudging past the Minnesota Twins (24 games) and the Detroit Tigers (23). The Twins won the Killebrew five times, the most of any club, but they only defended it twice in seven attempts. The Tigers only won it twice, but defended it five times in seven tries.

The Royals' combined effort for the 2011-13 seasons came to 26-18 with four titles and four defenses in eight tries. During those seasons, the Royals played for the Killebrew 14 times and held it for a total of 25 days.

Now, the Royals take the prize with them to Angel Stadium for a three-game weekend series against the Angels. Despite their 98-win output in 2014, the Angels seldom crossed paths with the Killebrew. They played for it only five times, finishing 7-8 with two titles, both of which they failed to defend.

Historically, the Angels are 51-41 in Killebrew games, having played for it 29 times and winning eight titles. They are 10-for-19 in title defenses, holding the prize for a combined 58 games.