West League: Who are these Houston Astros?

The Houston Astros lead not only the American League West at the moment, but also the West League, though in a very close race. The Astros made a big move during the past week with a successful road trip through Seattle and Oakland. 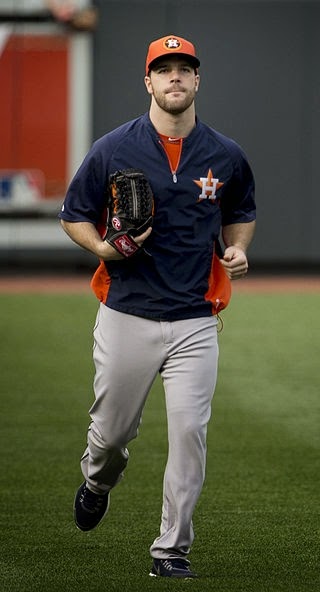 Just who are these Houston Astros who we spy now at the top of the West League standings?

They don't seem like much. They are 11th in the 15-team American League in scoring with 70 runs. And, though they are second in the American League with a 3.18 ERA, most of their pitchers are pretty weak in that basic category.

But when you have a left-hander getting people out the way Dallas Keuchel is doing it, it's going to make those team numbers look good. Keuchel has allowed only two earned runs in 29 innings — both of those runs in the same game — ranging over four starts. He's only 2-0 after a no-decision on April 24, when he tossed nine shutout innings before the Astros rallied for a 5-4 win at Oakland in 11 innings.

The Astros have won eight of their last 10, all in the West League, and this last week has been quite a feat — five wins on a six-game road swing through Seattle and Oakland. The Astros began the week 2 1/2 games behind the Dodgers, but the Dodgers lost three straight in San Francisco before winning two of three in San Diego. So, the Astros now have a lead of one-half game in the West League and the league's South Division.

The San Francisco Giants now visit the Dodgers at Dodger Stadium the first half of this week, so we shall see if the Dodgers pin them back.

The Arizona Diamondbacks still lead the North Division by one-half game on the Colorado Rockies, but neither club is setting the West on fire. The Diamondbacks are 8-7 in the league. 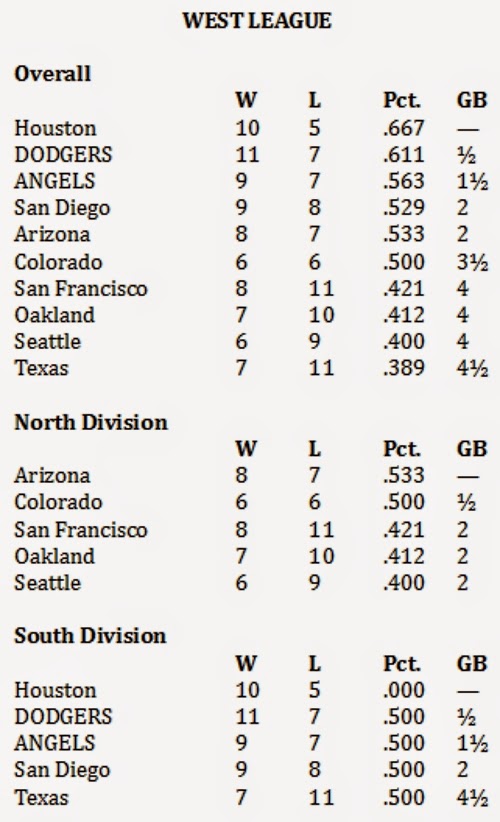