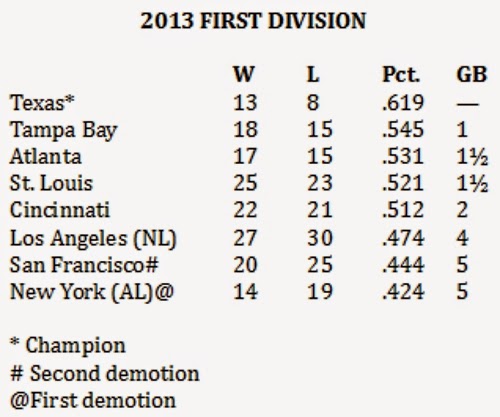 The 2013 season marked the tightest First Division race ever, with all eight teams finishing within five games of the top.

In a scramble like this, we might expect history. In fact, the winners were the Texas Rangers, newly promoted to the First Division and playing in it for the first time. The Rangers' victory marked the second time in three years that a team won the First Division in its first year of promotion.

The bottom teams are the San Francisco Giants and the New York Yankees. The Yankees are being demoted for the first time, while the Giants began life in the Second Division in 2010.