The Cleveland Indians improved from worst to first in the expanded Joe Cronin League, winning a red hot race with the Texas Rangers by three games. The Indians did all of their damage against the Chicago White Sox, Houston Astros and Minnesota Twins. 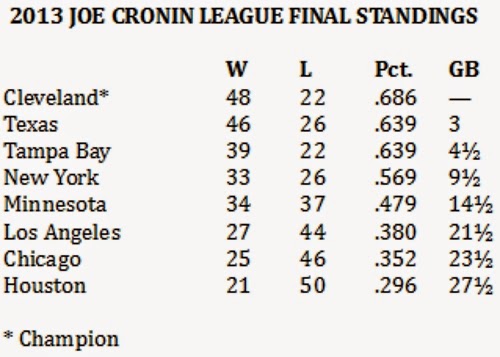 A new alignment in the Joe Cronin League helped to produce a worst-to-first scenario.

The Indians were a combined 36-9 against the White Sox, Astros and Minnesota Twins, meaning they were only 12-13 against the other Joe Cronin teams. The White Sox fell hard in the league, all the way from first place to seventh, 23½ games behind the Indians.