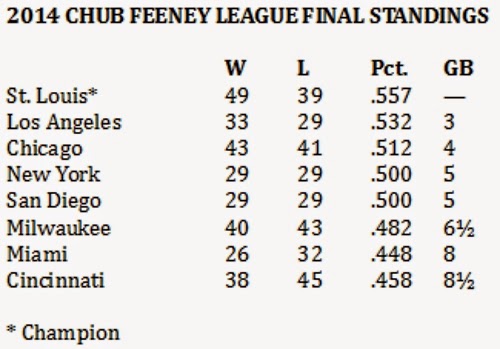 The Cincinnati Reds, who won the Chub Feeney League in each of its first three years, plummeted all the way to the Chub Feeney basement in 2014, finishing 8½ games out of the lead.