Two teams with very different fortunes in the Harmon Killebrew Award will meet for the prize Sunday in Minneapolis, where the Minnesota Twins will meet the Toronto Blue Jays in the rubber game of their three-game series. The starting pitcher for each club has been through some strange times this year. 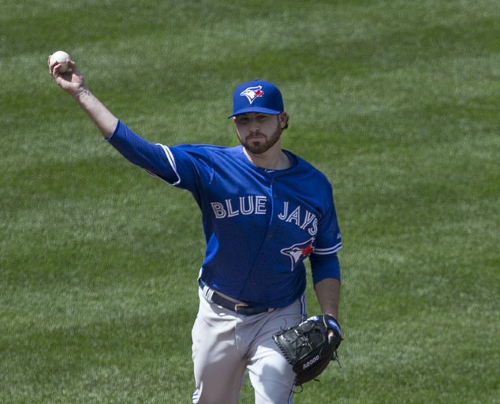 In addition to being named after the greatest player in their history, another prosperous relationship has cropped up between the Minnesota Twins and the Harmon Killebrew Award.

The Twins are winning it. The Twins lead the American League this year with two Killebrew captures, a record of 13-7 in Killebrew games and 14 days with the prize in 2015. And they're going for their third consecutive title defense Sunday at Target Field, when they take on the Toronto Blue Jays in the rubber game of a three-game series.

The Twins also won the Killebrew five times in 2014, more than any other club. In the three years that the Killebrew was observed before 2014, the Twins won it a total of three times.

Sunday's pitching match-up presents a rather odd mix of ill and good fortune. The starting pitchers, Ricky Nolasco for the Twins and Drew Hutchison for the Blue Jays, both are sitting on a 5.12 ERA this season (around 30 percent higher than the American League ERA of 3.92 entering Saturday's games) and, yet, they have a combined record of 9-2, with Nolasco at 5-1 and Hutchison at 4-1.

We might write off Nolasco's ERA as an artifact of his first start, a disastrous performance in which he allowed six earned runs in three innings of an 11-1 loss to the Detroit Tigers on April 8. Right after that, he went on the disabled list with inflammation in his right elbow. He has come back to go 5-0 this month, even though his ERA is of 3.77 in those games is more befitting a 3-2 pitcher. But the Twins have scored 32 runs in those five starts, averaging 6.4 runs of support per outing. That will make almost anybody 5-0.

Another oddity about Nolasco is the huge differential between his ERA and his Fielding Independent Pitching (FIP) mark of 2.86. His ERA is a whopping 2.26 runs per nine innings higher. Nolasco has helped bring that about by allowing only one homer in his 31 2/3 innings this year, an average of 0.3 homers per nine innings. For his career, Nolasco allows 1.1 homers per nine innings, almost a full home run more.

According to Fangraphs.com, the 2.26 run differential between Nolasco's ERA and his FIP is the third-highest in the game among pitchers with at least 30 innings this year, behind the Miami Marlins' Mat Latos (2.66) and the Washington Nationals' Stephen Strasburg (2.58). Nolasco's Twins teammate, Trevor May, is fourth on the list at (1.96).

By the numbers, as one might expect from all that, the Twins aren't much of a defensive team. Entering Saturday's games, Baseball-reference.com put their defensive efficiency at .691, 11th in the AL and below the league average of .697. Baseball-reference also puts the Twins at minus-0.9 in defensive WAR and minus-11 in fielding zone runs above average. Not exactly according to form when we look at the better Twins teams General Manager Terry Ryan has put together through the years.

Hutchison also appears high on the Fangraphs list of ERA/FIP differential, 11th across the Major Leagues at 1.39. It's different with the Jays, though, as baseball-reference marks them up as a good defensive team – second in the AL at 25 zone runs above average (the Kansas City Royals lead with 26), tied for fifth at .705 defensive efficiency and 2.2 runs to the good in defensive WAR.

In four different starts this year, Hutchison left the game in fewer than five innings, allowing four, six, six and seven earned runs in those starts. In every case, the Blue Jays scored enough to take him off the hook for the loss.

Hutchison was pretty good in his last start, though, tossing a complete game, four-hit shutout while striking out eight and walking no one for a 6-0 win against the Chicago White Sox on May 25.

If he shows up that way Sunday, the Jays are quite likely to win the Harmon Killebrew Award for the first time in more than a year, breaking the longest drought in the league.