Just as the Dodgers were about to set the all-time record for Henry Aaron Award title defenses, they ran into their nemesis for all time, the San Francisco Giants. The Giants shut out the Dodgers three straight in San Francisco this week, stopping the Dodgers at six consecutive Aaron defenses. 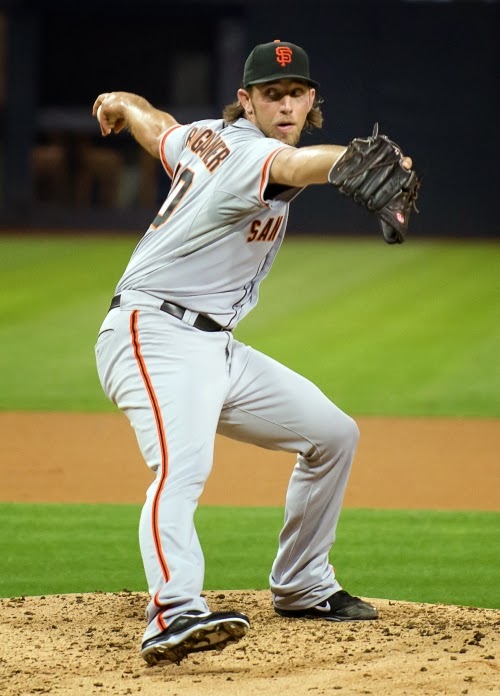 You can leave it to the San Francisco Giants to ruin the fun for the Dodgers. But don't get the wrong idea.

Some folks think the Dodgers are spooked by the Giants. They're not. The Giants don't beat their opponents by spooking them. The Giants win because they are good.

So, the Giants have done it to the Dodgers here, sweeping them three May 19-21 at AT&T Park to take away the Henry Aaron Award just as the Dodgers were poised to set a record with it.

Instead, the Dodgers came through that series heading into a record no one wants. The Dodgers didn't score a run for the entire series, going one-for-17 with runners in scoring position. The first two starting pitchers to take them down for the Giants were 39-year-old right-hander Tim Hudson and the nowadays unremarkable Tim Lincecum (though he is off to a nice start in 2015 — 4-2 with a 2.08 ERA).

The finale went to Giants left-hander Madison Bumgarner, who beat Dodgers ace Clayton Kershaw for the second time this season and may, in view of his 2014 World Series performance, be the top pitcher going right now. Bumgarner and Kershaw locked up on one earlier game this year in which neither pitcher took a decision, but, in the course of this season, the Giants won.

The Dodgers entered the series with a record-tying six consecutive Henry Aaron title defenses, then went down by scores of 4-0, 4-0 and 2-0.

But Andre Ethier broke that streak for the Dodgers with a run-scoring double in the fifth. Before Ethier stepped in, the Dodgers had gone 133 consecutive batters without scoring a run. The Dodgers ended up beating the Padres Friday night, 2-1.

Anyway, the Giants have the Aaron again after their terrific run with it to end the 2014 season. The Giants have won it for the first time in 2015.

But the Dodgers took a big lead in the Aaron standings, in which they now are 15-10 with 22 days holding the honor.

Whichever club is riding high, that's the club that's going down when these clubs meet. It isn't spooks. It's just a great rivalry.