Unlike, say, the Dick Allen Award, the Harmon Killebrew Award hasn't found a home this year. Already, six different clubs have won it, and no team has defended it more than once. The Tampa Bay Rays have it now, but who knows for how long? 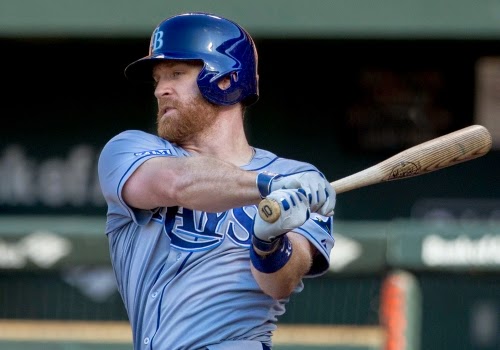 The Harmon Killebrew Award is bouncing around a bit this year. Six weeks into the season, six clubs already have won it.

The Tampa Bay Rays hold it right now, after winning three of four at home this week from the New York Yankees. But who knows how long the Rays will hold it? No team has defended the Killebrew more than once after winning it this year. The Kansas City Royals defended it twice at the start of the season after carrying it over from last year. But when the Royals then lost it and won it again, they defended it only once.

The Baltimore Orioles defended the Killebrew as the home team in Tampa Bay against the Rays at the start of May. But the Orioles then lost three of four on the road to the New York Yankees before the Yankees then dropped the prize in St. Petersburg.

The Rays are defending the Killebrew this weekend in Minneapolis against the Minnesota Twins, who have had a way of stepping up their game with that prize on the line in the last couple of years. The Twins led all teams with five Killebrew championships in 2014, and they already have one in 2015.

Logan Forsythe and Steven Souza led the Rays offensively against the Yankees, each with six hits in the series.

The Royals still are working the best season overall for the Killebrew, winning 10 of 15 games and holding it for nine games. The Orioles have held the Killebrew for seven games, the second most in the American League. 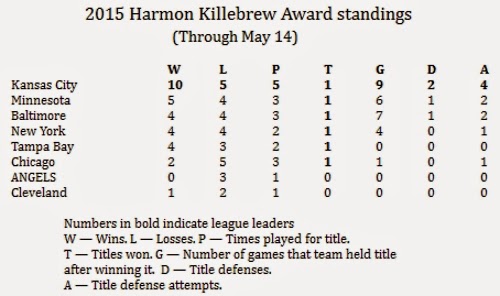