The Kansas City Royals have become the first American League club to hold the Henry Aaron Award this year, thanks to their dominance over the Milwaukee Brewers this week. The Royals also happen to hold the Harmon Killebrew Award, making them the first double champions this season. 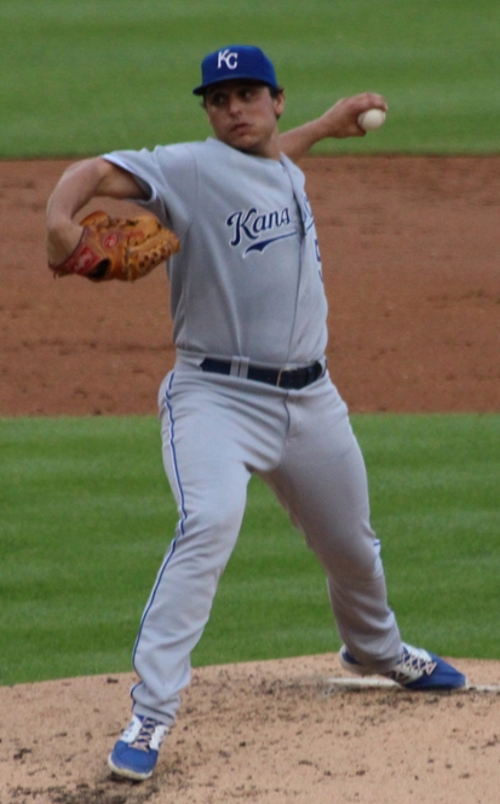 A recent run of victories has enriched the Kansas City Royals in ways that they don't even know.

With their three-game sweep of the Minnesota Twins last week and a two-game sweep of the Milwaukee Brewers this week, both on the road, the Royals became the first team this season to simultaneously hold the Harmon Killebrew Award and the Henry Aaron Award.

Credit three terrific starts from the Royals rotation. Jason Vargas began it with six shutout innings in a 3-1 win, Chris Young followed with 6 1/3 shutout innings in a 2-0 win, then Edinson Volquez gave up one run while striking out seven in a 7-2 win to close out the series.

The Twins and Royals are shaping up as the principle players in the race for Team of the Year in the Killebrew. The Twins still lead the overall standings with 16 wins and 22 games of title defense, but the Royals now are 13-5 in games for the Killebrew, and they have tied the Twins with two titles this season.

Following their series with the Twins, the Royals lost two straight to the St. Louis Cardinals. The Killebrew was safe with the Royals, however, because it doesn't go on the line in interleague games.

However, the Royals ran into the Aaron this week in Milwaukee, one of the Aaron's spiritual homes. The Milwaukee Brewers took the Aaron from the Pittsburgh Pirates June 8-10 by winning two of three on the road, then they defended it in a four-game split at home against the Washington Nationals (There is no tiebreaker in the Aaron, so it doesn't change hands unless the challenger wins outright).

The Royals and Brewers now have played three games this week, and the Brewers have yet to belong in any of these games. The Royals took the Aaron from the Brewers by sweeping two Monday and Tuesday in Milwaukee. The Royals won the opener, 8-5, with the Brewers scoring three times in the bottom of the ninth to make the final score artificially close. Next night, the Royals tacked up a 7-2 win to claim the Aaron.

This particular set of interleague series being played across the Major Leagues right now — two here/two there arrangements between 15 specific sets of two clubs — is being treated in a lot of media as if they were four-game series home-and-road. Here, each two-game set in each location is treated as a separate series.

So, with the Brewers and Royals both going to Kansas City for two starting Wednesday night, a new series began. But it hasn't made any real difference. The Royals won, 10-2, Wednesday night, clinching their first title defense of the Aaron.

And that means the Aaron and the Killebrew both will be on the line this weekend, with the Royals defending both of them against the Boston Red Sox. It has been a lean season for the Red Sox. If they can win the series and take both traveling awards, it's likely to be the best thing that happens to them all year.