D-Backs cruise to top of Third

The Arizona Diamondbacks are one of the game's hottest clubs right now, holding the Dick Allen Award for 10 games and taking the lead in the Third Division. Remarkably, they're doing it with first baseman Paul Goldschmidt producing like something a little better than an ordinary hitter. 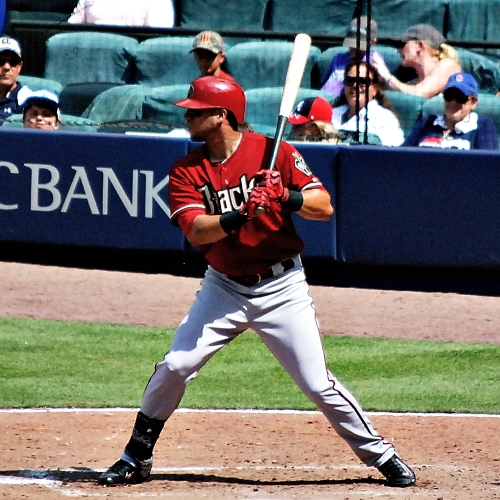 Yes, the Arizona Diamondbacks are having a nice run with the Dick Allen Award, but the concern here is the Third Division, in which they have emerged as the club with the best chance for a promotion in 2016.

The Diamondbacks have won the first two games of this week's series with the Philadelphia Phillies with ease before losing the finale Wednesday afternoon. The series victory improved the Diamondbacks to 15-9 in the Third Division, increasing their lead on the Minnesota Twins to a full game.

Take note, though, Dodgers fans: The big winner for the Diamondbacks is former Dodger Rubby De La Rosa, who tossed three of the quality starts and three of the wins. For all that, he now is 10-5, though with a 4.55 ERA.

Oddly enough, this run of good games for the Diamondbacks have not included super-human performances by Paul Goldschmidt. He hasn't been bad, hitting .300 with an .853 OPS from July 23 through Tuesday. For Goldschmidt, though, maybe that is bad. He only hit one homer. He was still leading the National League with 81 RBI, 88 walks and a .337 batting average.

But they have other hitters doing it. Like David Peralta, who batted .471 (24-for-51) with four doubles, a triple, two homers and 17 RBI from July 26 through Tuesday. And there's Welington Castillo, the catcher who came over from the Seattle Mariners on June 3 and has since hit 13 homers. In his last 12 games through Tuesday, Castillo hit eight homers with 14 RBI to go with a .366 batting average (15-for-41).

The outstanding question, for which the Diamondbacks should hope to be half of the answer, is which two clubs in the Third Division will win promotion to the Second Division. The Diamondbacks still have plenty of chance to blow it, while the Boston Red Sox, Seattle Mariners, Philadelphia Phillies and Chicago Cubs still have time to earn another rung on the ladder.

The Twins can do nothing. They're in the clubhouse with their 14-10 record, having no remaining games against the Third Division.

The Phillies entered the week with their best chance to make a move in the Third Division, but they needed to chop wood on the road against the Diamondbacks. They were the division's third-place club, only 1 1/2 games behind Arizona.

Here is a look at the standings and the remaining games in the Third Division through Wednesday's games: