Race is on, to the top and from the bottom

The Second Division is shaping up as a tight race to the top and away from the bottom in the final few weeks of the season. The Kansas City Royals and Texas Rangers are the top clubs bucking for promotion right now, with the Cincinnati Reds in the best position to overtake one of them before it all ends. 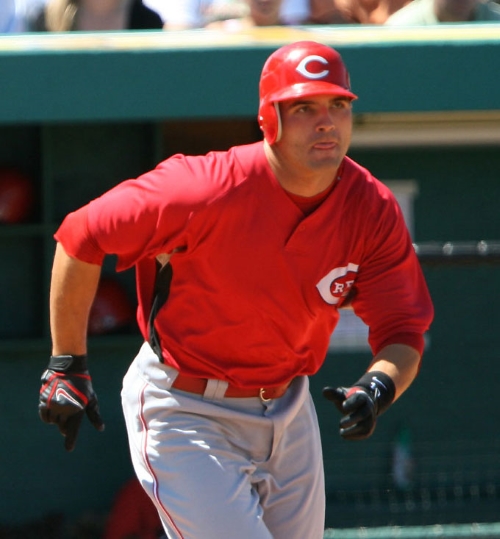 Of all the competitions across this ersatz universe we're cooking up here, none is tighter than the race for promotion to the First Division for 2016.

Right now, the front runners for those coveted top two spots in the Second Division are the Texas Rangers and the Kansas City Royals. The Rangers have the top percentage at .600 (12-8), but the Royals (27-20, .574) lead in the games column by 1½. The top two clubs by percentage are promoted, unless one team wins by percentage and a different club wins by games, in which case those are the clubs promoted.

Sometimes, the rules will bite a team, like the Angels in 2012, but the Angels bounced back and other clubs can do that, too.

It remains that anything can happen in the Second Division, in which the eight clubs are separated by five games. Additionally, most of the clubs still have around 20 games remaining, so there's much left to shake.

Of the clubs looking to gun up and overtake the Rangers or Royals, the Cincinnati Reds are in the best position. The Reds are 17-17 (.500), with the New York Yankees (12-11, .522) right ahead of them. But the Yankees have only four games remaining in this tier, a set at home against the Cleveland Indians later this month. The Reds have 18 games left.

All the Rangers have remaining is seven games against Detroit. If the Rangers win only three of those, they would finish 15-12 (.556). Then, we have the Royals, who, at this moment, are .602 across their Major League schedule and .574 in the Second Division. The Royals have 15 games left in the Second Division. If the Royals win eight of them, they finish .565, but if they win only seven, they come in .548.

So, the Reds have some wood to chop, and they also need the clubs in front of them to be a little less than even down the stretch. At the same time, the Reds are in clear danger of demotion. That's the fate of the bottom two clubs in the Second Division, which both fall to the Third Division in 2016.

Right now, the Tigers, Indians, Pittsburgh Pirates and Milwaukee Brewers all are at or within a half-game of the demotion zone, but the Reds are only a game better than that.

Taking the bottom club in this group, the Brewers, they would have to win two-thirds of their remaining 18 games to finish 26-23 (.531). That probably wouldn't make them promotion material, but it would keep them safely in the Second Division for another year.

In short runs of games, though, wild fluctuations are always in play. During the course of 162 games, no one is going to win three out of four. Over the course of 18 games, it happens all the time.

So, buckle up. We won't be hearing much from any of these clubs, except for the Royals and the Pirates, in the Major League playoff scrum. But in the Second Division, they've all got a lot still on the line.