Yankees may not be back, but they are in first

Dominating the American League East as they are, the New York Yankees are one of the surprise teams in the Major Leagues. And it's always surprising when the Yankees are surprising. In addition to being in first place for the last 30 days, the Yankees now hold the Harmon Killebrew Award. 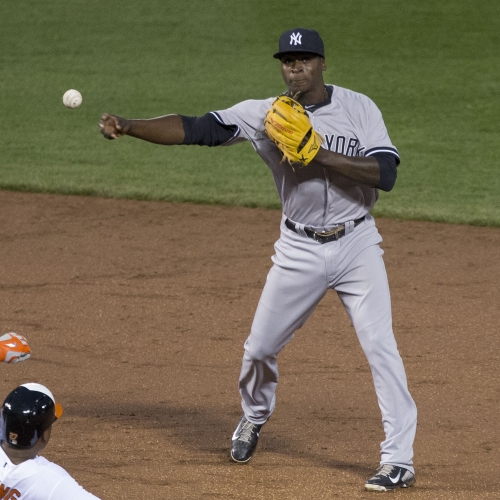 It's certainly an unusual year when the New York Yankees tear through the American League and we say it's a surprise, but the Yankees are tearing through the AL, and no one saw it coming.

A prediction here and there might have made the Yankees a preseason favorite, but the very idea that the Yankees would somehow take a commanding lead in the American League East crossed almost no one's mind. The Yankees have been down for the last couple of years, way down by their high standards, and they did nothing during the offseason to suggest they would rebound.

But the Yankees are making it happen with one offensive outburst after another. They have gone so far as to take the Harmon Killebrew Award from the Texas Rangers this week because of one such outburst. Though the Yankees and Texas Rangers split four games in Arlington, TX, this week, the Yankees won the total runs tie-breaker, 35-19, thanks to a 21-5 victory on July 28.

The Rangers entered the series holding the Killebrew and the Henry Aaron Award, winning both last weekend by taking two of three from the Angels at home. The Rangers held onto the Aaron after their split with the Yankees because the champion holds onto that one unless it outright loses a series.

On June 29, the Yankees were in third place, though only one-half game out of first place. From then until the close of July, they were 17-9, while the rest of the AL East combined for a 44-64 record (The best of the division's other clubs were the Boston Red Sox and Toronto Blue Jays, both 12-15.).

The Yankees led the Major Leagues with their 17-7 July, which was their most wins in a calendar month since September 2012. Then again, the Yankees haven't had a losing record in July since 1993.

We can even call this group "The Bronx Bombers" without being sarcastic The big upgrade has been Mark Teixeira, who trimmed down during the offseason and vowed to make a comeback. He has.

In July, Teixeira batted .333 (29-for-87) with nine homers and 19 RBI, his most home runs in a calendar month since he hit nine homers in June 2011. By the way, Alex Rodriguez also hit nine homers for the Yankees in July.

Teixeira turned up multi-homer games on consecutive days this week, homering twice Thursday in Arlington, TX, against the Texas Rangers, then homering twice in Chicago against the Chicago White Sox Friday night in a 13-6 win. Teixeira is tied for the AL lead with 73 RBI, which goes well with his 28 homers.

Can we really say that Didi Gregorius has replaced Derek Jeter? At the very least, we can say he has replaced the Derek Jeter of 2014. Last season, Jeter hit four homers with 50 RBI, a .256 batting average and a .617 OPS, which comes to an OPS-plus of 75. This season, with two months left, Gregorius has four homers and 29 RBI, a .256 batting average with a .655 OPS, which is an OPS-plus of 83.

Is all of this to say that the Yankees are back? Not in the least. But they are in first, and that's really what it's about.