The Minnesota Twins still lead the Harmon Killebrew Award standings after a big run of wins early this season. However, the New York Yankees are coming on strong and now have three Killebrews this year, the most of any team. Now that the Yankees have defended the Killebrew by winning the first two games of their series with the Twins this week, it remains to be seen if they will use this chance to overtake the Twins in the overall standings. 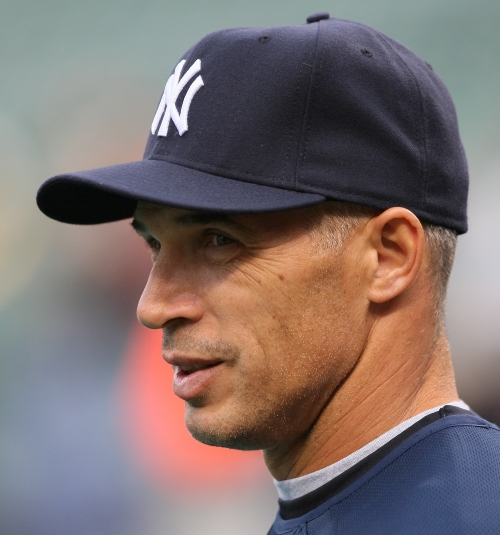 Glory in the Harmon Killebrew is one of few distinctions to escape the New York Yankees during their illustrious history, but manager Joe Girardi is trying to change that (Keith Allison/Creative Commons Attribution-Share Alike 2.0 Generic license).

It's only mid-August, and we can't predict the future, but something tells us that this week's series between the Minnesota Twins and the New York Yankees at Yankee Stadium will tell us a lot about how the Harmon Killebrew Award shakes out for 2015.

The Twins and Yankees entered this week as the top two clubs in the Killebrew standings, and that situation will be unchanged at the end of this week. The Twins have two titles and 22 games of title defense. But the Yankees are coming, They won the opener Monday night, 8-7 win 11 innings, then trounced the Twins, 8-4, Tuesday to clinch a title defense. Now, the Yankees are second to the Twins with 16 games of title defense, but they still have it and they can keep adding.

With this weeks wins, the Yankees are in position to pile up victories in the Killebrew and, perhaps, surpass the totals the Twins still have on their side. The Twins could have fortified their league-leading performance by taking the Killebrew from the Yankees and adding from there.

The Yankees are having their best year with the Killebrew Award, which is to say little for their past performances. Their three Killebrews this year match their all-time totals from 2011 through 2014. But they didn't even once defend the titles they won in 2013 and 2014, and they didn't even win one in 2012. And, in fact, they didn't defend the Killebrew they won this May 7-10 by taking three of four from the Baltimore Orioles at Yankee Stadium.

The Yankees regained the Killebrew by winning two of three against the Blue Jays last weekend, just in time for the Twins to visit Yankee Stadium. The Twins built their lead in the Killebrew standings early. They have played for it only once since they last lost it on June 10. By June 10, though, the Twins had two titles and one run of four title defenses, still the longest such streak of the season for the Killebrew.

The Twins were looking at this time last year like they might walk away with the Killebrew, despite their otherwise lackluster season. But the Cleveland Indians pried the award from the Twins September 19-21, then the Kansas City Royals immediately took it from the Indians before running four strong title defenses that took it all the way through the American League playoffs.

(Editor's note: This story and the standings were revised late Tuesday night to reflect that the Yankees won and clinched the title defense.)