Another year, another season of the St. Louis Cardinals dominating in the National League Ear of Corn. It remains for someone other than the Cardinals to win the Dick Allen Award five years after the prize's inception. 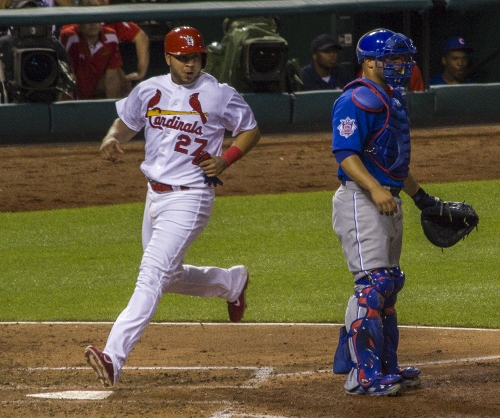 Shortstop Jhonny Peralta has been a big piece for the St. Louis Cardinals in their recent success with the Dick Allen Award (Johnmaxmena2/Creative Commons Attribution-Share Alike 3.0 Unported license).

The St. Louis Cardinals continued their dominance of the National League Ear of Corn in 2015, winning it right away and stomping to their fifth Team of the Year designation in as many seasons.

The Cardinals won five titles, defended them 11 of 16 times, held the league corn for 51 games and finished 44-28. No other team was close.

It wasn't even close to the best season the Cardinals have ever had with the NL Ear of Corn. In 2013, the Cardinals were 51-25 with five titles, 13 defenses in 18 tries and 56 games with the prize.

Through the 2015 season, the Cardinals have won the National League Ear 20 times in the prize's five-year history, compiling a 182-118 record 45 title defenses in 65 attempts and 220 games holding the corn. All of those are the all-time records in the National League or in any Ear of Corn. 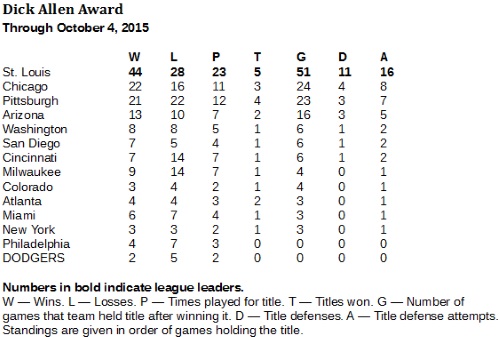 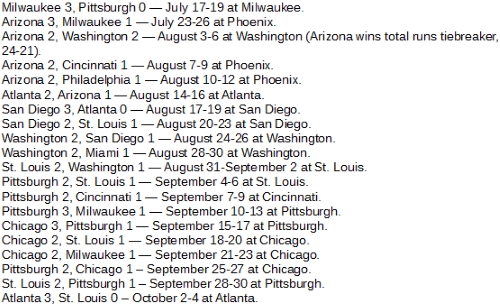