The Dodgers rallied through the final two months of the 2015 West League season, while the Houston Astros faltered on the road. Thus, the Dodgers overtook the Astros to claim the West League championship. 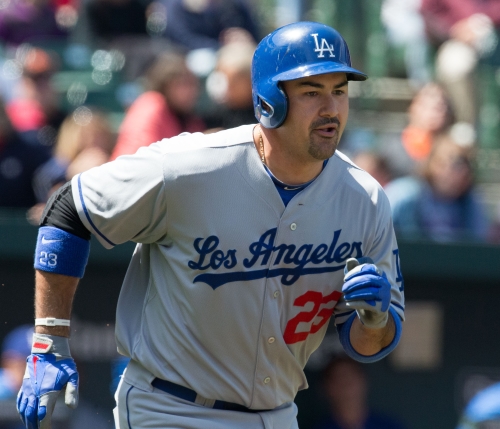 The Dodgers looked finished in the West League after the Houston Astros swept them three Aug. 21-23 in Houston, starting with a no-hitter for Houston hurler Mike Fiers in the Friday night opener.

After that series, the Astros were 42-26, four games up on the Dodgers, who wallowed at 37-29 second place.

But the road took a toll on the Astros in the final month, as two three-city trips through the circuit yielded combined results of 4-15.

The better seasoned Dodgers campaigned on their big road trip, a Sept. 3-13 three-city swing through San Diego, Anaheim and Arizona that went 7-3, one loss in each location.

By the time the Astros took a 2-8 beating going through Oakland, Anaheim and Arlington, TX, Sept. 7-17, the Dodgers were in command.

Thus. the Dodgers prevailed in the first year of playing out the West League, which will next play out when the interleague divisions align for it in 2018. Meanwhile, it has been decided here to track a different disalignment in the next two seasons, based on whether clubs are original or expansion franchises. If we applied it to the 2015 season, the results are quite surprising.

With their league win, the Dodgers also claim the title in the league's South Division. In the North Division, the Giants prevailed by one game over the Arizona Diamondbacks.