Somewhat in the spirit of Alexander Cartwright, who has been widely credited with refining the rules of baseball, we are using this site to refine our way of viewing sports. 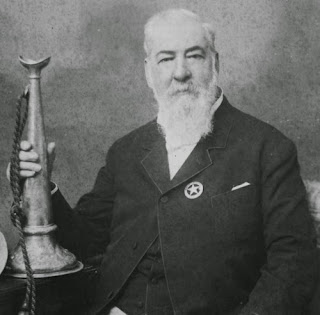 A true blue high culture conservative, Roger Scruton, once pointed out that “a writer who says that there are no truths, or that all truth is 'merely relative' is asking you not to believe him. So don't.”

Consider this remark: "There is no truth." On what basis is this assertion warranted, credible or believable? Because it is true? It is, to use a philosophical term of art, hogwash. Of course, there is truth. Lots of it. Much more than we know.

Well, we care, too, and we like facts so much that we're not merely going to discover them. We're going to invent them. On these pages, we shall encounter an alternative universe of alternative facts, facts that are true simply because (and to the extent that) we say they are true. They will become real to the extent that we catch on to them, proclaim that they are real and make them true simply by saying so. And if, at the start of this exercise, they are no more than one man's pipe dream of how to follow sports, that makes them plenty real enough.

With one big difference, of course. With respect to public affairs, fake news and alternative facts will surely lead us down the path of destruction. With respect to the world of sports, though, fake news and alternative facts will do no harm whatsoever. Indeed, and to the contrary, they will take us on a path to glorious construction. We are building a larger world of sports. More championships. In many ways, better championships.

Once we invent a few truths, the way will be set to further truths that can be discovered. This will become clear once the reader explores the site. For example, we have followed a traveling trophy around big league baseball's senior circuit for six years, and the St. Louis Cardinals have unquestionably won more of those games than any other club. But what player has the highest batting average in games for that prize? There is a fact of the matter, and it is out there to be discovered.

As one goes through this site, a lot of it will become self-explanatory. In the main, though, there are five inspirations for what appears herein:

1. A tired, pre-existing baseball blog with nothing better to do. If one drills down far enough in the baseball directories, she will find a number of experiments in baseball writing from years past. Finally, a couple of years ago, the owner of the tired blog had the idea of combining it with a couple of old hobby horses, particularly the "Ear of Corn" and promotion/relegation schemes in leagues that don't have that feature. Both are described below. Thus began a long, tiring effort to pull all the hobby horse data into some kind of publishable form, a task undertaken without help, time, capitalization or good technical tools. It has taken quite some while.

2. A desire to rescue relevance for the regular season across the North American team sports. In baseball, basketball and hockey, especially, the powers that be have all but destroyed the connection between six months of regular season play and the championship by expanding playoffs to satisfy huge television contracts.

A turning point came in 2014, when baseball's World Series included the fourth-place team in one league and the fifth-place team in the other.  The editor of this site, who argued for years against such unfortunate, money-grubbing developments as interleague play and expanded playoffs in baseball, has come in recent years to believe that so much damage has been done by these changes that we might as well go completely radical and restructure the season along the lines drawn by these pages. As a result, this site makes more sense of interleague play and expanded playoffs than the combined wits of all the executives across big league baseball and network television.

3. The history and geography of professional sports across North America. Some of these championships, in their odd way, have placed teams back into long-lost historical contexts. Others create regional geographical contexts that can and will be the basis for truly meaningful rivalries. In particular, baseball has really whiffed on these opportunities. This site brings them to life.

4. The Cornbelt Conference. Maybe six people in the world remember this league of tiny high schools in rural Western Illinois, which disbanded in the mid-1970s. By now, all but one or two of these schools, at most, has ceased to exist, having been lost to consolidation. There is now, in Eastern Illinois, a newer league of small schools called the Cornbelt Conference.

But the old Cornbelt had one remarkable feature – remarkable not only in itself, but also in that no one until now has taken it up, so far as we know. The league had a traveling trophy. They called it the Ear of Corn. It was a gold-painted ear of corn mounted to a trophy stand, and it went on the line every Friday night during the Cornbelt Conference football season. If, for example, Sherrard held the Ear of Corn, it put the trophy on the line on Friday night against Annawan. If Sherrard won, it kept the Ear and put it up next week against Rockridge. If Annawan won, then it took the trophy and put it on the line the next week against Aledo.

The editor, loving this idea, began keeping track of the "Ear of Corn" for college football, starting in 1979, and has kept it going, with varying degrees of attention, ever since. Thus, the college football Ear of Corn on this site has, by far, the longest history. However, the same idea has been implemented across pro football starting with 2000, across baseball starting with 2011, and, more recently, in other sports, including the top professional soccer, basketball and hockey leagues across the world.

5. Soccer-style promotion and relegation. In the National Football League, the worst team gets the number one draft pick and an easy schedule the next season. We love coddling poor teams in this country. In other countries, especially in their versions of football, that team gets kicked out of the league. Their way is better. So, we're doing it on this site.

Others have toyed with promotion and relegation ideas, but they usually have the wrong idea about the relationship between the upper and lower divisions, treating the lower divisions as minor leagues, which they aren't. Our minor leagues are developmental leagues affiliated with "major league" teams for player development purposes. That's not how it works in "football" across the world.

The reason other promotion and relegation ideas in, for example, baseball, do not and can not work is because they try to promote minor league teams to the major leagues. And that can't be iterated season over season because, obviously, Las Vegas and Columbus are never going to play against San Francisco and Detroit. So, the promotion and relegation are stuck where they start. You can't play out this year's outcome next year. And if you can't even do that much, there's no reason to promote or relegate.

A more fruitful approach is to just stick with the 30 "major league" teams in baseball, basketball and hockey, and divide them each into four divisions (pro football has too few games to make any promotion and relegation scheme sensible). The divisions won't come out evenly, but you can have eight teams in each of the top three divisions and six in the fourth. And it works remarkably well.

It works especially well in pro basketball and pro hockey because the schedules are balanced. Every team plays every other team across its major league at least one each home-and-home, and at most twice each home-and-home. In those sports, we just follow the regular season schedule and it yields interesting, reasonably fair and balanced results.

Baseball, as always, is screwy, so we need special rules in the promotion and relegation scheme because some teams do not play each other. Because of these special needs, we include playoffs in the baseball divisions. We've got seven seasons of baseball under our belt on this site, and the reader who goes through the history contained in these pages will come across some nifty little twists and turns concerning promotion and relegation.

That said, the reader will find nifty little twists and turns all over this site. And that should come as no surprise in our own little self-created ersatz universe of alternative facts and fake news. Fake, that is, until we say it isn't.