Bayern Munich never actually won the traveling championship in Germany in 2015-16, but 15 straight defenses out of the gate made it the best team of the year.

Only five teams won the traveling prize in the Bundesliga during the 2015-16 season. But the best was Bayern Munich, which did not.

Bayern started the season defending the prize and defended it 15 straight times. But after losing, 3-1, to Borussia Morgengladbach on Dec. 5, Bayern would never see it again.

Instead, Dortmund won it on Feb. 21 and threatened to take it to the end. But Eintracht Frankfurt ended an 11-game Dortmund defense streak on May 7.

Thus, Bayern Munich is Team of the Year with this piece in the Bundsliga.

The only other teams to win the title were Bayer Leverkusen and Werder Bremen. 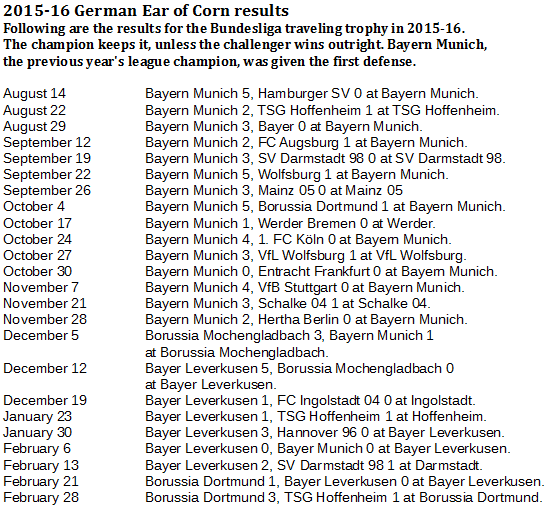