No one could touch the Golden State Warriors in the first year of the western traveling championship of professional basketball. The Warriors won 22 games in 2015-15, more than twice as many as any other team. 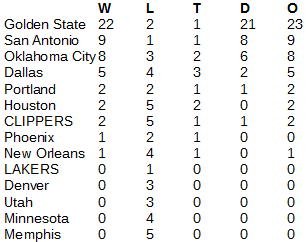 We placed the first Ear of Corn for the NBA Western Conference into the hands of the Golden State Warriors. By the time the Warriors finally lost in the west half of the league, they already had 19 wins.

So, it's an uphill climb for the rest of the Western Conference to catch the Warriors, who totaled 22 wins to outdistance the San Antonio Spurs (nine wins) and the Oklahoma City Thunder (eight wins) in the first turn with this prize.

Nine of the 15 teams in the west won the prize on this first go-around. The Dallas Mavericks, with three championships, won more than any other team. However, the Mavs were only 2-5 in title defenses.

The only Western Conference team that never took a crack at the prize in its first year was the Sacramento Kings. 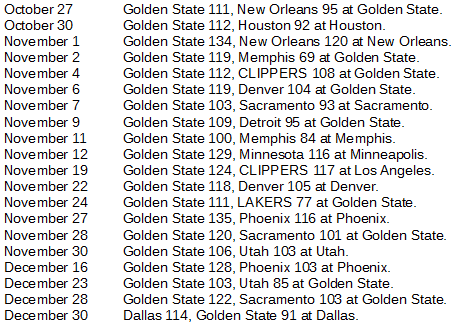 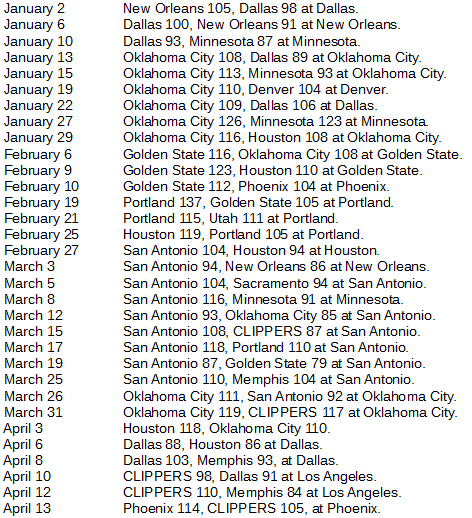