The Dodgers won their first title in the First Division, rallying past the Washington Nationals during the playoffs to break open a five-way race. 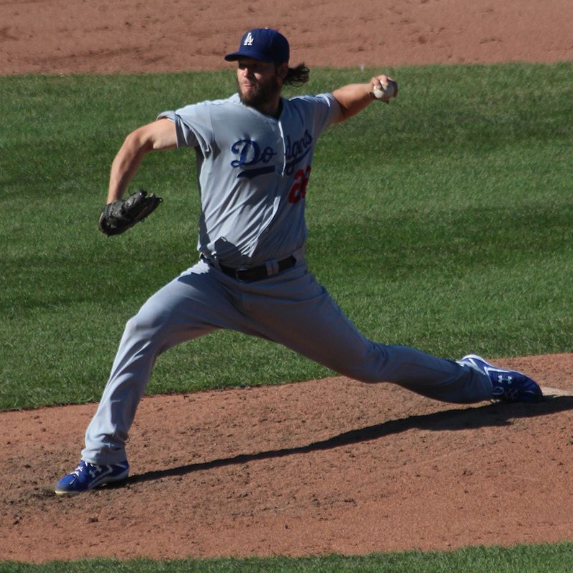 Clayton Kershaw finished off the Washington Nationals in the playoffs, nailing down the First Division championship for the Dodgers (Tony the Tiger/Creative Commons Attribution-Share Alike 4.0 International license).

The Dodgers, who have spent as much time in the First Division as anyone, finally won the premier league crown in 2016. Playoff results, which are included in our baseball divisions, dramatically turned the race for the Dodgers.

The Texas Rangers actually led the top division at the end of the regular season, 14-9 with a winning percentage of .609, one-half game ahead of the second-place Dodgers at 21-17 and .553. But the post season included two series in the divisional round pitting First Division performers. The Dodgers were to play the Washington Nationals, while the Rangers were to face the Toronto Blue Jays. All four of those clubs, plus the San Francisco Giants remained in the championship hunt during the postseason.

The Giants also were in the playoffs, going against the Chicago Cubs in the first round. If the Giants and Dodgers had both won in the first round, they would have met in the National League Championship Series, possibly with the First Division on the line.

October 11 was the day of Game Four both for the Giants/Cubs and the Dodgers/Nationals. But the Giants lost their Game Four to the Cubs, thus losing the series in as many games and missing their chance to face the Dodgers in the next round. Meanwhile, the Dodgers took a 5-2 lead in their Game Four against the Nationals, who then tied it with three runs in the top of the seventh inning. Then the Dodgers regained the lead with Chase Utley's base hit to drive in Andrew Toles in the bottom of the eighth, and Kenley Jansen saved the ninth for a 6-5 Dodgers win.

Now, it came down to Game Five for the Dodgers and Nationals. The Dodgers were 23-19 and .547, first place, but barely ahead of the Giants (21-18, .538) and the Blue Jays (22-19, .537). The Nationals were 14-13 now, falling out of the race even if they were to win Game Five. With a loss, the Dodgers would have finished in a tie with Toronto and the Giants in the games back column, with the Giants leading by one percentage point, the slimmest of margins for the First Division title.

But the Dodgers wiped out that controversy with their 4-3 Game Five win against the Nationals at Dodger Stadium. The Dodgers brought in Clayton Kershaw in a save situation, and, somehow, the Nationals resorted to Wilmer Difo as their two-out hitter with the tying run at second base in the top of the ninth. Kershaw struck out Difo in three pitches, giving the Dodgers, at 24-19 and .538, the undisputed First Division lead.

So, the 2016 standings in the top two divisions divisions ended like this:

We forewarn the Dodgers, though, that defending the First Division championship is a perilous station. For the last four years, a team defending the title fell to the relegation zone the very next year and was banished to the next level down.

In 2016, that team was the St. Louis Cardinals, the last standing charter member of the First Division in 2010 without since then being relegated. But once the Cardinals claimed their first share of a First Division title in a split with the Tampa Bay Rays and San Francisco Giants in 2015, they plummeted to 9-18 in 2016, last place in the top tier. They will be joined in relegation by the Kansas City Royals, who had just been promoted to the high level for 2016.

With the Cardinals now gone, Tampa Bay is the longest running member of the First Division, winning promotion to the top division in 2011 and staying there since. For all of their larger apparent troubles, the Rays hang tough every year against this high level of competition. Even in 2016, when they didn't contend, they still finished 19-20.

In fact, the Rays are the last team to win the First Division outright without being relegated the next season. They entered league and won it in 2011, then finished within a game of the top in each of the next two seasons before claiming a share of the 2015 title.

The New York Yankees won a First Division title in 2012 and earned relegation a year later. The same happened with the Texas Rangers, who won it in 2013, and the Angels, who won it in 2014 before it happened to the 2015 co-champion Cardinals in 2016.

Through the regular season, the Cleveland Indians were an afterthought in the Second Division – fifth place 13-10 and .565, well behind the first-place Boston Red Sox at 25-14 and .641. The second promotional position was held by the Pittsburgh Pirates (20-15, .571), barely over the Milwaukee Brewers and the Yankees, both 20-16 and .556.

But the Indians had an opportunity that the Pirates, Brewers and Yankees did not have – a divisional playoff series against the Red Sox. Winning three straight against the Red Sox, the Indians hoisted themselves through the standings, all the way up to the winning percentage portion of the Second Division title at 16-10 and .615, but still behind the Red Sox (25-17, .595 ) in the games column. 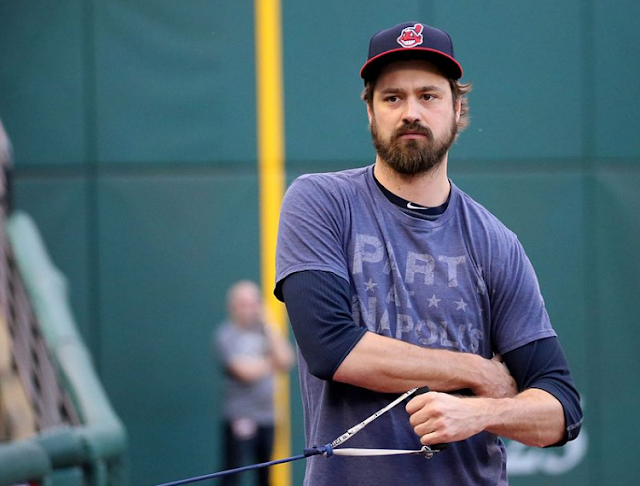 By being just a nudge better, nine winning percentage points, the Phillies staved off the Twins and averted relegation. The Reds, who finished in last place, are to be relegated, with the Twins, to the Fourth Division in 2017. The Twins, a charter First Division club in 2010, now are headed to the bottom level.

On the top of this heap, the Tigers were unstoppable. They roughed up the Twins pretty good, but they also were 20-12 against their other Third Division opponents and notched winning records against every such team that they played. At 35-16 and .686, the Tigers needed every bit of it to avoid sharing the division championship with the Mets and Cubs.

The Mets were the second-place team, 28-13 and .683. The Tigers, playing so many more games, still won the games column by two, but barely finished ahead by percentage. The Cubs were right there, too, 26-13 and .667. However, the Mets won five of their seven games against the Cubs to secure Second Division promotion with the Tigers in 2017.

The Fourth Division is loathe to give up good teams that fall into its clutches. The Baltimore Orioles fell to the Fourth Division in 2015. Last year, in their second attempt to escape, they finished at the bottom of this lowest division for the second straight time.