The Florida Panthers and Colorado Avalanche finished in a flat-footed tie with the best records across American and Canadian professional hockey for the traveling championship in 2015-16, its first season of competition. 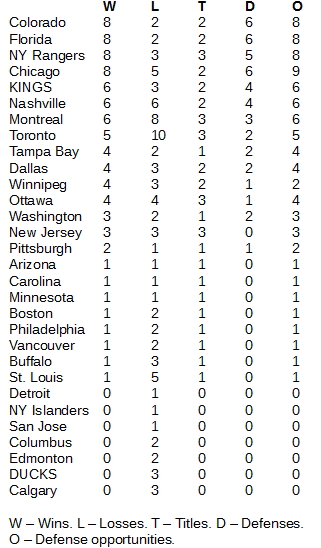 A tight battle for the year's honor as the best traveling champion across professional hockey ended in a dead heat between the Colorado Avalanche and the Florida Panthers, who each won two titles and were six of eight in defense opportunities.

The Panthers and Avalanche nosed out the New York Rangers in bare winning percentage, but the Rangers topped them both with three titles.

Those top three teams were distinguished in that none of them lost all season as an Ear of Corn challenger. And that put them all slightly ahead of the Chicago Blackhawks, who lost one challenge, but still won two titles and six defenses.

All 30 NHL teams took at least one whack at the traveling championship during the first season, and 23 different teams held the designation at least once.

As Stanley Cup champions in 2015, the Blackhawks were given first run with the traveling prize, but they lost on opening night, 3-2, to the Rangers in New York.

The Avalanche appeared to be in line for the the year's undisputed championship until March 31, when Florida nabbed the prize with a 3-1 win on the road against the New Jersey Devils. Then, the Panthers mounted three title defenses to tie the Avalanche.

However, with a chance to take the undisputed title in their own right, the Panthers lost, 3-1, at Ottawa on April 7, the second-to-last game of the season. 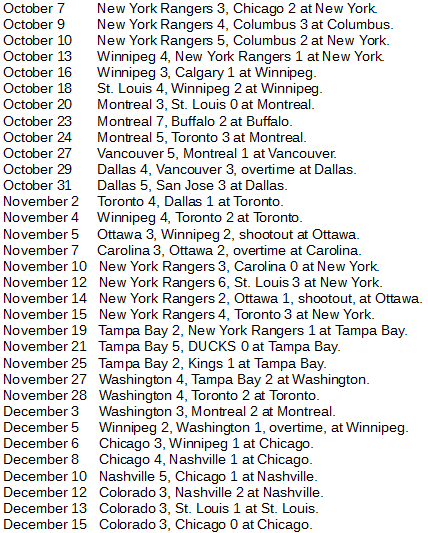 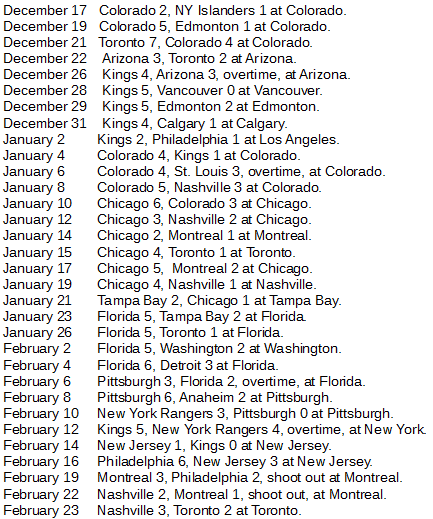 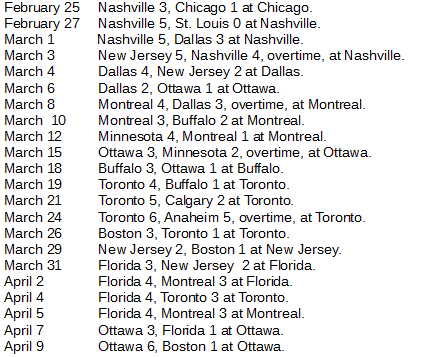