The traveling championship in college basketball that only covers the regular season, which we may call the "short" Ear of Corn, now belongs to UCLA, and for the third time. As the 2016-17 season ended, UCLA also had more wins in this championship than anyone else. 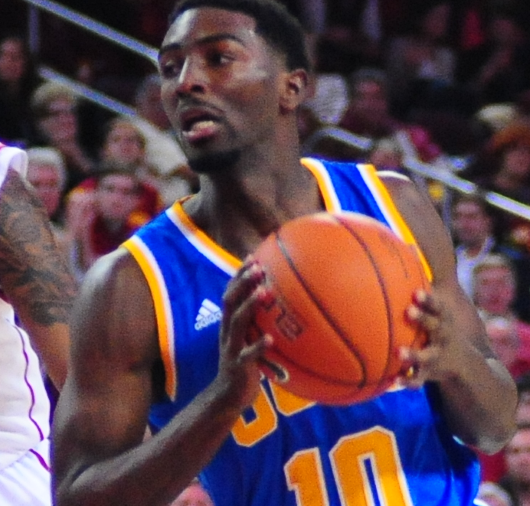 It's nothing to be compared with the Wooden days, perhaps, but the men's basketball team at UCLA nabbed its third regular-season traveling championship in February and now holds the title through the off season.

Since this traveler began last season, the Bruins have won more of these championships than any other team, surpassing Louisville, which has won two.

The Bruins also top the rest with 15 wins in this Ear of Corn through two seasons. Next in line is North Carolina, which notched all of its 12 wins during a winning streak last season. Oregon has won eight of these games, all this season. Next up are Duke, Kentucky and Virginia Tech, each with five.

Virginia Tech began the season with the championship and held it for four games before a 68-65 loss to Texas A&M in Fullerton on Nov.  25. Two days later, UCLA beat A&M, 74-67, at the Honda Center.

The Bruins held on for six more games before losing, 89-87, at Oregon, on Dec. 28. But the Bruins at least held it into the Pac-12 season, meaning they would have some chance of regaining the championship.

Following Oregon's run, the title went through Colorado, California and Arizona before the Bruins regained the championship with a 77-72 win against the Wildcats at Pauley Pavilion on Feb. 25.

UCLA closed out its regular season with home court wins against Washington and Washington State to maintain the title until at least next November. 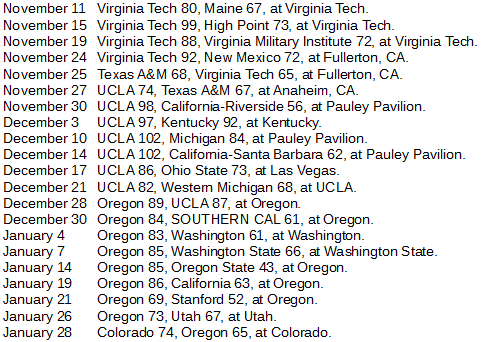