The Golden State Warriors took the early lead in the traveling championship for American professional basketball, finishing the year with 40 victories. No other team even approached the Warriors. 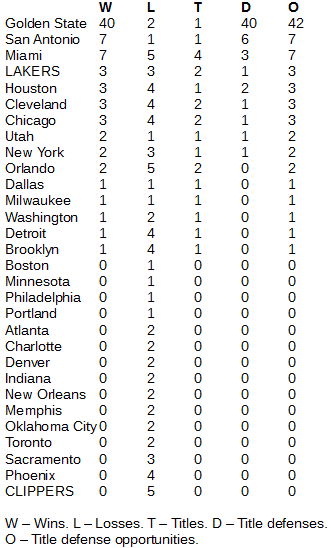 It happened that the Golden State Warriors peaked at a certain time in history when it was decided to begin tracking a traveling championship for pro basketball as the 2015-16 season began.

The Warriors, as the 2015 champions, were given the prize provisionally at the start of 2015-16, as is the custom when these are done. And they were ready to defend it.

The Warriors began the 2015-16 season with 24 straight victories. With that, the Warriors opened up a huge lead for themselves in these running standings. By season's end, the Warriors won 40 Ear of Corn games against only two losses.

No one else was even close.

If it's just a question of opportunity, no other NBA team has a complaint. All 30 NBA teams received at least one crack at the traveling championship in its first year.

A nudge fewer than half of the teams, 14, managed to win it.

The Miami Heat won the most titles with four, followed by the Lakers, Cleveland Cavaliers, Chicago Bulls, Orlando Magic and New York Knicks, all of whom won two each. 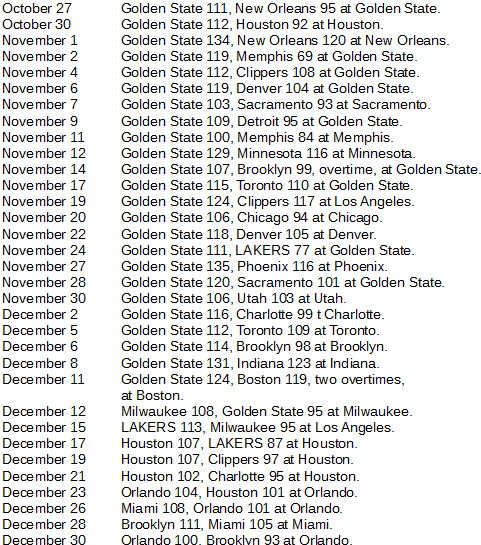 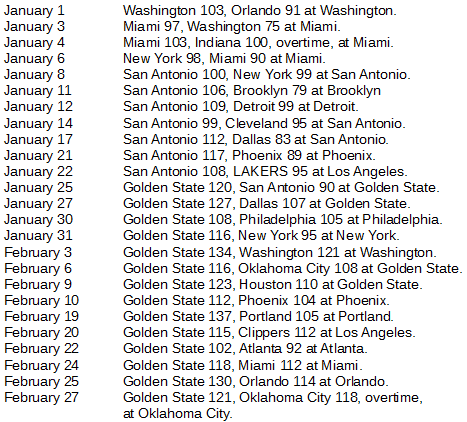 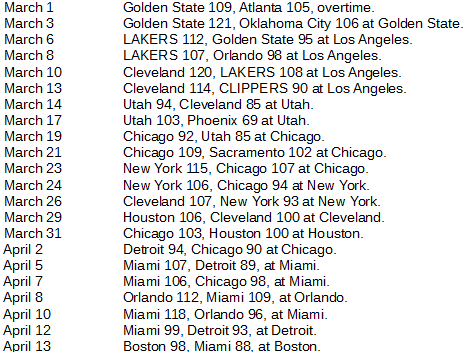