The Winnipeg Jets aren't setting the National Hockey League on fire this season, but they now have won three straight games with the continental pro hockey traveling championship, and they could end the year with it. 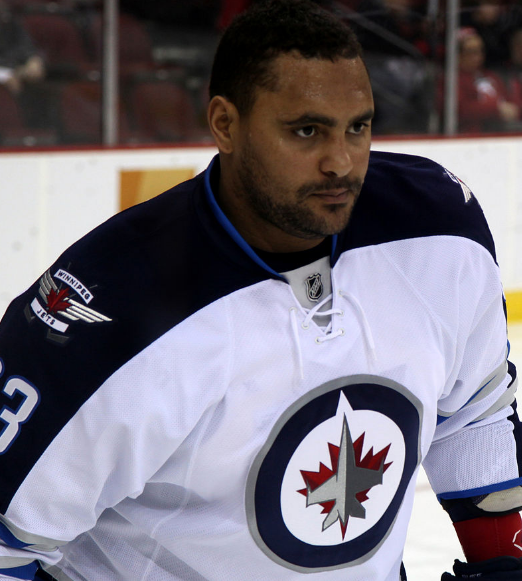 The Winnipeg Jets won't hang the 2016-17 on the wall, like, anywhere. They've long been eliminated from the National Hockey League (NHL) playoffs, and only six teams in the league have outright lost more games than their sad total of 35.

But they are closing out on a nice run and they could end the season with a nice feather in their cap. With two games left, the Jets now hold the pro hockey traveling championship across the continent, and they have even defended it twice, which is their best showing in two years of the title.

They had already won two in a row when they skated at home on March 30 against the Ducks, who were defending the championship. And the Jets stole it, joining the top teams in the history of the pro hockey national traveling championship.

The Jets now have won the championship five times historically, tied with the New York Rangers and the Montreal Canadiens as the most by any team.

Down 3-2 with the final seconds ticking away, Winnipeg tied the game when Dustin Byfuglien powered in a rebound with 12 seconds left. In overtime, Byfuglien assisted on Mark Scheifele's game-winning goal at 3:34.

On April 1, the Jets defended the title, which had not been their forte, defeating the Ottawa Senators, 4-2, at home. Tuesday night, the Jets went on the road for a 5-2 win against the St. Louis Blues. With the loss, the Blues now are 1-9 all-time in traveling championship games across hockey.

But even with the two title defenses, the Jets are 9-8 in traveling championship games across pro hockey, winning five titles and defending it four times in six tries.

And they're still not the leading team this year with the Ear of Corn.

That would be the Minnesota Wild, with two titles and 12 title defenses. The Wild won for the first time with a 2-1 overtime road win against the Edmonton Oilers on Dec. 4 and won its next 11 before a 4-2 loss at home to the Columbus Blue Jackets on Dec. 31.

The Wild won another title with one defense in March. The Wild now has 15 wins all-time, matching the Rangers for the top spot in pro hockey. The Rangers were one of four teams tied on top with eight wins last year, and they are the only one of them to approach that this year. The Rangers have won seven times this year to stay tied on top with 15 victories.

In the first year of the traveling championship, only seven teams across big league hockey failed to win it. Six of those have won it this year. The only team to be shut out is the San Jose Sharks, who have lost each of two title challenges in the two seasons.

One of the new teams to win it is the Ducks, who went without until a 4-3 win against Edmonton at the Honda Center on March 22. The Ducks tacked on three defenses before the loss to Winnipeg. 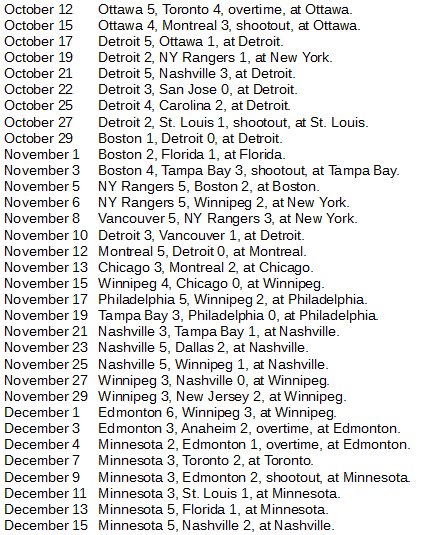 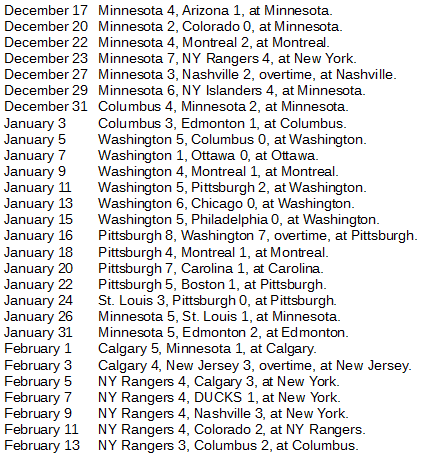 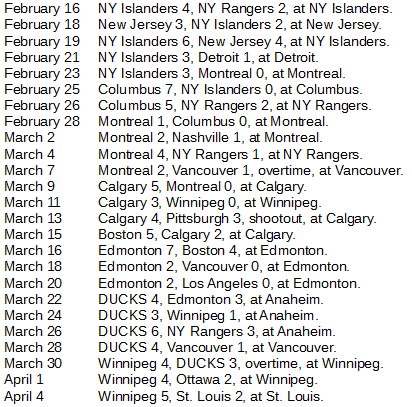