The Texas Rangers won their second Team of the Year designation in the American League traveling championship, winning three separate titles to hold off three other strong contenders. 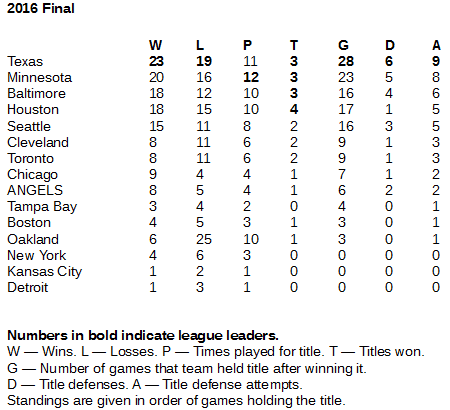 The Texas Rangers prevailed in a wild 2016 for the traveling championship across the American League.

The Rangers did it in small pieces, winning three championships and holding them for a total of 28 games, nudging past challenges from the Minnesota Twins, the Baltimore Orioles and the Houston Astros.

The Rangers defended one of those titles only once and another not at all, but a three-week romp in June put them over the top. The difference was the tiebreaker in a four-game split at New York against the Yankees June 27-30. The Rangers outscored the Yankees, 24-18, to keep the prize for a meeting with the Twins, who then beat them two of three in Minneapolis July 1-3.

The Twins defended that championship twice, then won another in late July with three August defenses to come within reach of the Rangers. But the Texas club claimed another championship in September to seal the deal. 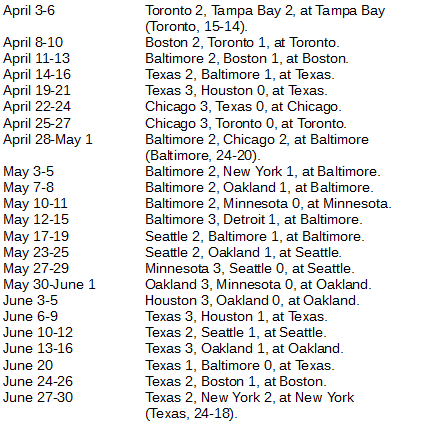 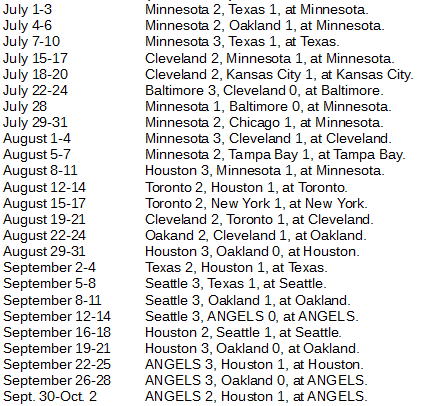