The New York Mets, the early front runner for the interleague traveling championship in 2016, ended up falling in that pursuit to the Texas Rangers. 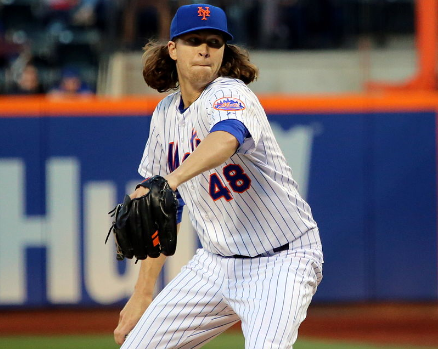 Jacob deGrom, pitching for the New York Mets, who came up short to the Texas Rangers in the interleague traveling championship in 2016 (Arturo Pardavila III/Creative Commons Attribution-Share Alike 2.0 Generic license).

The traveling championship across big league baseball most frequently belonged to the Texas Rangers in 2016.

The New York Mets took the early lead, but the traveling championship spent so little time in the National League that they could never challenge after the Rangers won their championship.

Indeed, the Rangers and the Mets, the top two clubs in this contest, each only won one championship. Never before had the team holding the championship for the most days during the season won only one championship that year. In 2013, Team of the Year honors went to the St. Louis Cardinals, barely over the Boston Red Sox. Both of those clubs won two championships that year. 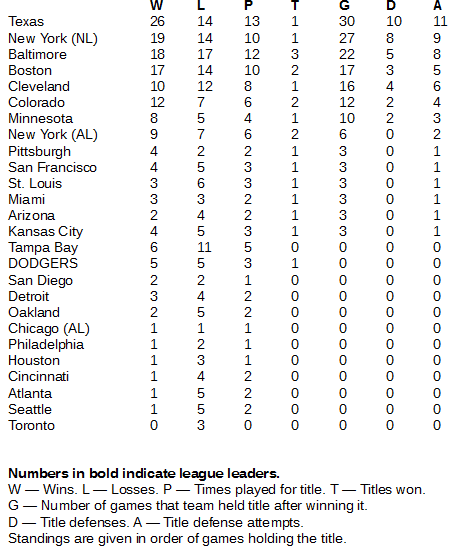 The Mets first took the title and sneaked it across league lines by winning two of three from the Cleveland Indians April 15-17 in Cleveland. The Mets then made eight title defenses before losing losing three straight to the Colorado Rockies in Denver May 13-15.

The Texas Rangers took the championship from the Pittsburgh Pirates by winning two of three at home May 27-29. And the Rangers didn't let go until they lost two of three to the Minnesota Twins July 1-3 in Minneapolis. By then, the Rangers had held the prize for 30 games, nudging ahead of the Mets.

The Baltimore Orioles finished the year with three national traveling championships, most in the game. However, the Orioles failed to defend two of those titles even a single time, which led to them finishing third in the overall standings.

Following are the results in the national traveling championship, which we have informally called the Henry Aaron Award, for 2016. But first, here are links for the results in previous seasons. 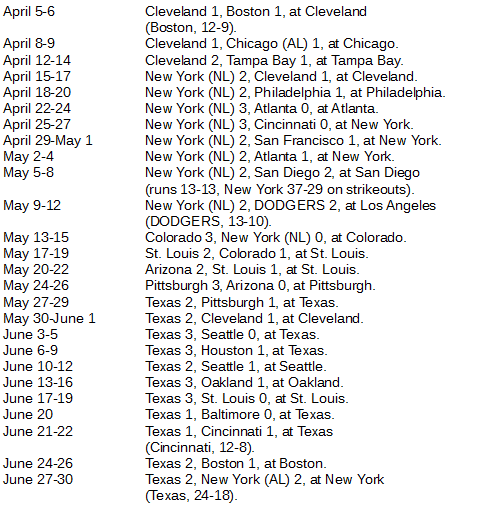 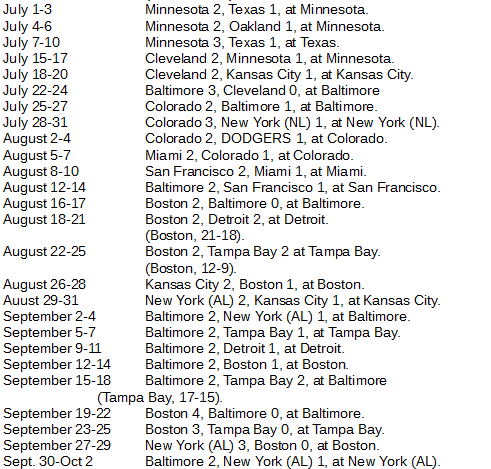