The Washington Capitals won three titles in the eastern pro hockey traveling championship and defended them a total of 11 times, easily being named Team of the Year. The Caps won twice as many games in the East as any other team. 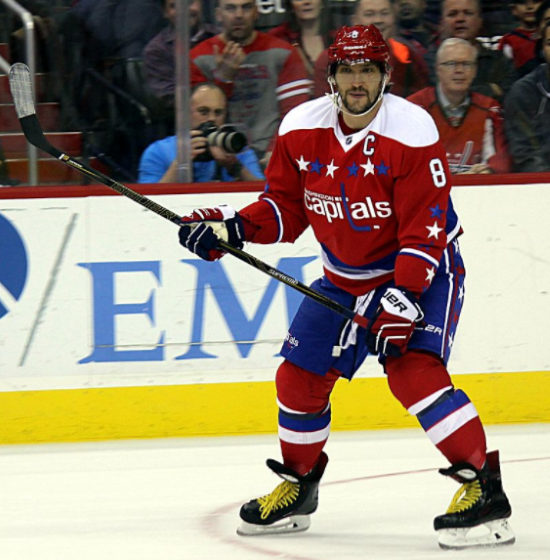 For the second straight season, we had a runaway winner for Team of the Year in the traveling championship across pro hockey in 2016-17.

The Washington Capitals blew threw the East with a 14-4 mark, three titles and 11 defenses in 14 tries. The Columbus Blue Jackets, Boston Bruins, Montreal Canadiens and Detroit Red Wings all tied the Caps with three titles, but the Caps swamped them all when it came to defending the championship.

Washington's best run with the prize came in January, when it beat Columbus, 5-0, at home to take the prize on Jan. 5, then launched five defenses before losing an 8-7 overtime thriller on the road against the Pittsburgh Penguins on Jan. 15. It was the longest streak with the title for any team all season.

Of 16 teams across the East, 12 won it at least once. Ottawa opened the season with the title that it won at the end of last year, then defended it twice to start the 2016-17 slate. However, the Senators never came back to win a title this season.

The other teams that didn't win a single title across the East this year were the Toronto Maple Leafs, the Philadelphia Flyers and the New Jersey Devils. The Maple Leafs and Flyers each lost their only attempts at the prize. The Devils never played for it.

The Penguins, who are playing Ottawa for the Eastern Conference title in the NHL, were 4-3 for the traveling title, winning it once and defending it three out of four times.

The traveling championship does not carry into the postseason. Even if it did, the championship would have ended with the regular season because the last team to win it, the Tampa Bay Lightning, failed to make the playoffs. 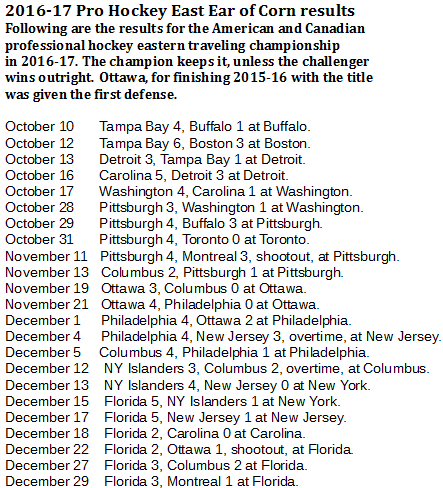 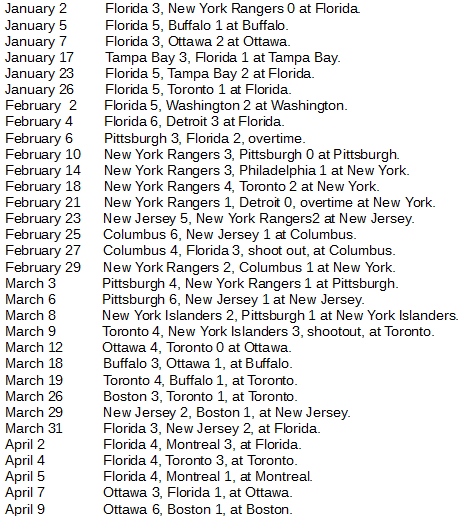