Chelsea nabbed the traveling championship in the top level of English soccer last weekend and now has a chance to pass Tottenham Hotspur for season honors. 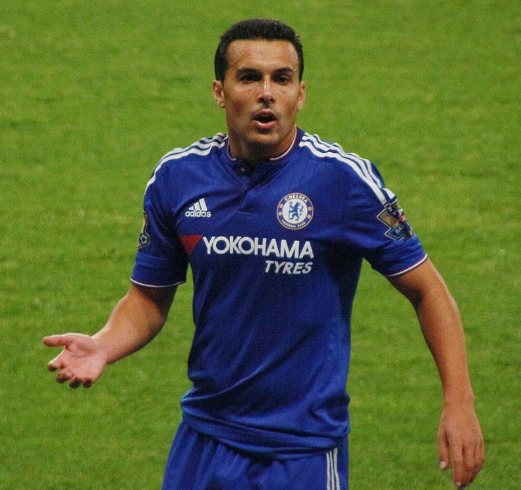 By any measurement, Chelsea and Tottenham Hotspur are the top two clubs across the English Premier League (EPL) this season.

Checking the table through May 2, Chelsea leads the way with 81 points, immediately followed by Tottenham with 77 points. Liverpool is third with 69 points.

Our concern, however, is the traveling championship across England's top division. Here, too, it's Tottenham and Chelsea.

Tottenham presently leads the way, holding the title for 11 games. But Chelsea, which claimed its second traveler of the season with a 3-0 win against Everton on April 30, now has eight games with the title. If Chelsea can hang on to it through the final four games of the EPL season, it will claim the traveling championship for the year with 12 games of possession.

The English traveling title has been a back-and-fourth proposition between Chelsea and Tottenham for much of the season.

Tottenham held the title for six games before Chelsea prevailed, 2-1, at Chelsea on Nov. 26. The Blues held on for seven defenses before traveling to Hotspur, where the home team claimed a 2-0 decision on Jan. 4.

The Spurs held on for four title defenses before a 2-0 loss at Liverpool on Feb. 11. But the Reds weren't long for the championship, losing it in their next EPL game on Feb. 27, 3-0, at Leicester City.

Everton took the prize from Leicester City with a 4-2 home-pitch decision on April 9 and defended it twice before losing it at home to Chelsea last weekend.

However the final month of the season plays out, West Ham is likely remain the leader in traveling championship possession since tracking began at the start of the 2015-16 season. West Ham has 16 games of possession, all last year. In three attempts to win the title this year, West Ham has failed each time.

Tottenham Hotspur is second to West Ham with 14 games of all-time championship possession, followed by Leicester City with 11 and Chelsea with nine. 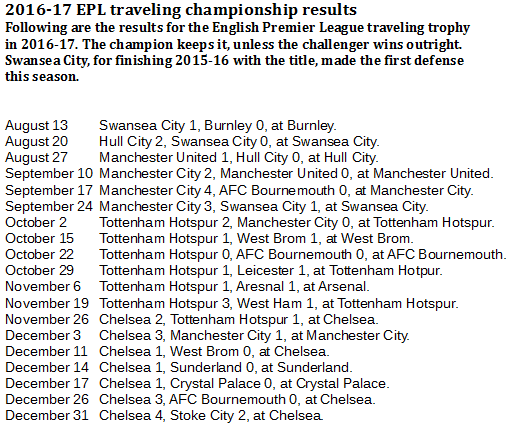