The Minnesota Lynx faced no challenge in the First Division across women's pro basketball in 2016. The action was in the Second Division, where the Sparks and the Seattle Storm won promotion. 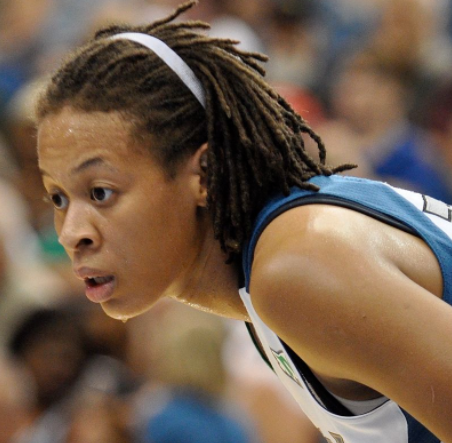 Seimone Augustus, a stalwart from the start for the Minnesota Lynx, helped them win the First Division across women's professional basketball in 2016 (Joe Bielawa (cropped)/Creative Commons 2.0 Generic license).

It happened that the Sparks were down in 2015, finishing 14-20, not even in the top half of the WNBA Western Conference.

So, as we initiated the ordinal divisions for the WNBA, the Sparks landed in the Second Division. Which really just meant we had a little bit of drama for the first season.

The Minnesota Lynx, which won the WNBA championship in 2015, cruised through the First Division in 2016 with a 13-2 record. The New York Liberty and Chicago Sky tied for second, barely better than even (8-7) and percentage points ahead of the Indiana Fever (9-8). 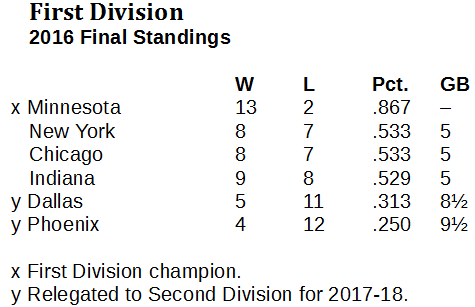 Those four teams are the First Division survivors entering 2017, to be joined by the Sparks and the Storm.

The Dallas Wings and the Phoenix Mercury both are being relegated to the Second Division in 2017 after finishing at the bottom of the First Division in 2016. 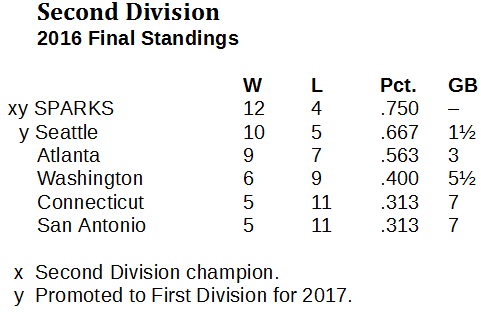