On their way to Finals, Warriors win West traveler

The Golden State Warriors enter the NBA Finals with 25 wins in their last 26 games. Ten of those wins carried them to the western traveling championship in professional basketball. 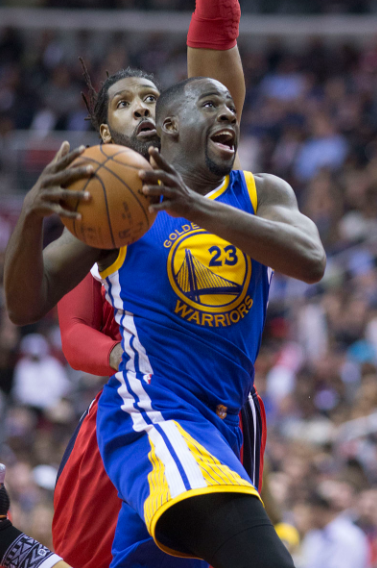 For much of the year, the Golden State Warriors disappeared from relevance in the western traveling championship of professional basketball.

It turned out to be a temporary condition.

After trouncing through the West last season, the Warriors were lukewarm in their first couple of runs at it in 2016-17. They lost in their first try, a 110-89 road loss to the Memphis Grizzlies on Dec. 10. It would be two months later, on Feb. 10, when they took their second try, again at Memphis, and this time they claimed the western title with a 122-107 win. Then, they failed to defend it.

As late as mid-March, the Grizzlies were looking like Team of the Year in the West. They were 9-3 with two championships and seven defenses in nine chances. No one else was close.

At the start of games on March 20, the Oklahoma City Thunder wore the crown, coating it with two defenses. But the Warriors visited that night, and that's when it all began to change.

Retrospectively, the whole NBA season was changing at around that time. The Warriors began March in the middle of a grueling road trip – eight games in eight different cities in 13 days. By the end of it, they were tattered, and Head Coach Steve Kerr rather famously tanked the final game on that swing, a 110-87 road loss to the San Antonio Spurs, by resting many of his best players. It was Golden State's third straight loss.

But the Warriors returned home, regrouped and won three straight in their own gym before going to Oklahoma City for a crack at the traveling championship. The Warriors then beat the Thunder soundly, 111-95, for their second western title of the year. And the Warriors kept winning.

No one could stop them. The Warriors won 10 straight for the title, 13 overall. Only three of those wins were single-digit margins. By the time someone finally beat the Warriors, they had it in the bag. That finally happened on April 10, when the Utah Jazz beat them, 105-99, on their own floor.

Only two days remained in the regular season. The Warriors were 11-3 with two titles and nine defenses in 11 tries. One huge surge at the end of the season put them over the top.

Utah went on to beat the San Antonio Spurs on the final day of the season to retain this championship entering 2017-18.

But the Warriors are the team to remember. In fact, they're the only team in the West still going after sweeping through the conference playoffs by knocking out the Portland Trail Blazers, the Jazz and the Spurs in four games each.

Now, the Warriors are going to the NBA Finals for another run at the Cleveland Cavaliers. They have won 25 of their last 26 games. The traveling championship of the West could be the least of their achievements by the time this is all done. 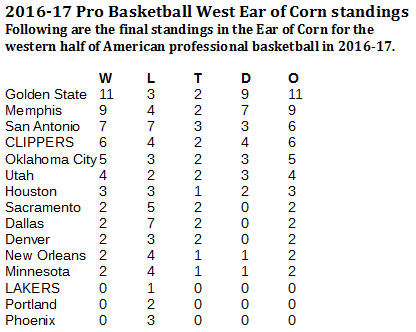 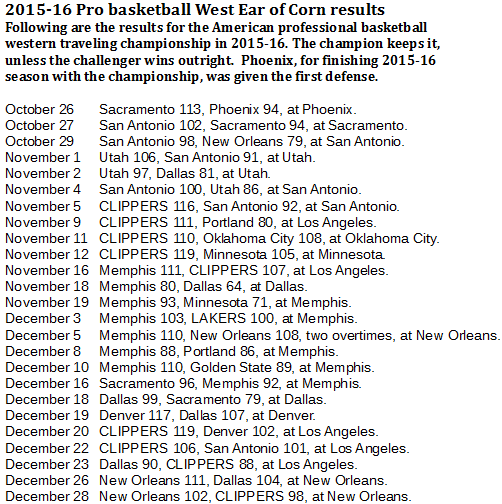 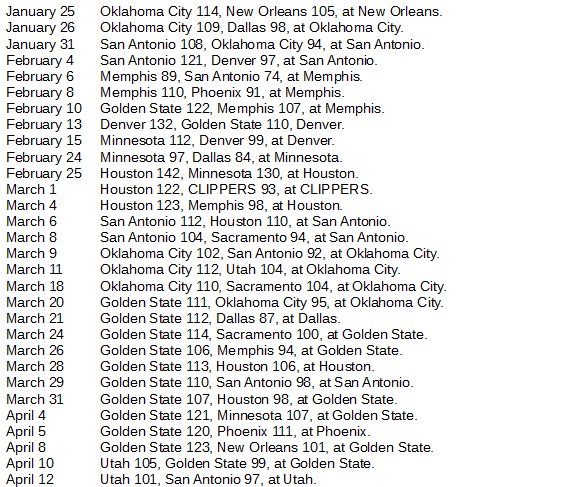