The Baltimore Orioles started the new baseball season with the big league traveling baseball championship and held it for the entire month of April, the longest title reign yet at the start of a season. 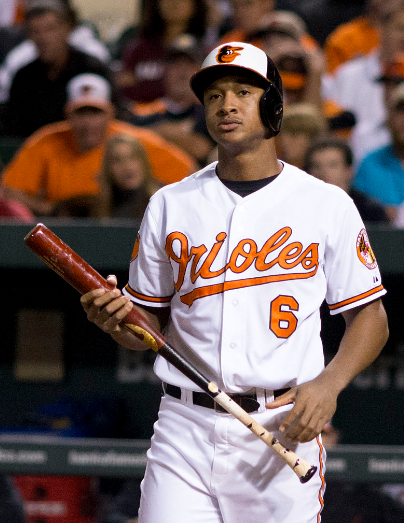 In seven years of the traveling championship across big league baseball, never has a season begun quite like 2017.

The season began with the Baltimore Orioles holding the title, having won it from the New York Yankees during the final regular season series of 2016. And the traveler stayed with the Orioles for the entire month of April.

Not until the Yankees won a three-game series against the Orioles in Yankee Stadium April 28-30 did the continental traveler change hands. Thus, the Orioles held the title for seven consecutive defenses and 23 games, the all-time record at the start of a season. It wasn't until Monday (May 1) that the Yankees put the title up for defense.

The previous records for holding the title at the start of the season belong to the St. Louis Cardinals, who claimed the prize with their World Series victory against the Texas Rangers in 2011, then held on for 19 games and six title defenses at the start of the 2012 season.

But once the Cardinals lost the title that year, they didn't get another crack at it again until they defeated the San Francisco Giants for the prize in early April of 2013.

And the Orioles still haven't won the traveling title this year. All those defenses in April followed a title they won last season.

So, the race remains wide open, even though the Orioles have opened up a substantial lead. 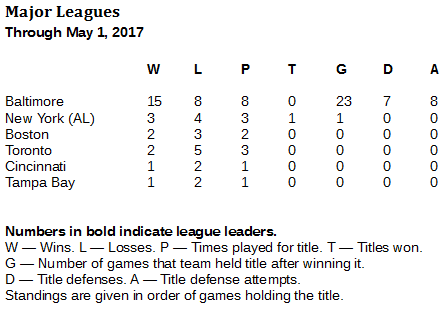