In two years of the German soccer national traveling championship, Bayern Munich still is the leading team. But Bayern wasn't quite as good in 2016-17 as Werder Bremen, which won its second title historically and defended it 10 times. 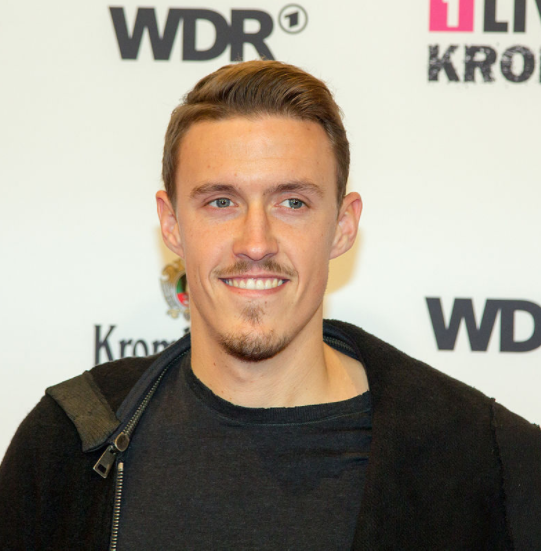 In the end, though, it didn't matter that it didn't last long. Bremen had the best season of any Bundesliga club with the traveling title, winning designation as Team of the Year.

Bremen won its only title of the year on Feb. 18 with a 2-0 win at Mainz, then held on for ten title defenses. The most dramatic defense took place on April 22, when Bremen fought back from deficits of 1-0 an 2-1 for a 4-2 win against Ingolstadt behind four goals by Max Kruse. For the season, Kruse was Bremen's leading scorer with 14 goals.

In the end, Bremen finished 9-3-2 with the traveling championship, nosing ahead of Bayern Munich, which finished 7-3-1.

Bayern held on for nine defenses, including six wins, before losing the title, 1-0 at Borussia Dortmund on Nov. 19. With that, Dortmund became the first team in German history to win the traveling championship twice. It won for the first time on Feb. 21, 2016, then held on for 10 defenses.

This second time, though, Dortmund failed to make any defenses, losing, 2-1, at Eintracht Frankfurt on Nov. 26.

Dortmund and Bremen are the only teams that have won the title twice historically. However, Bayern Munich remains the all-time leader in traveling championship wins. Bayern was given the title provisionally at the start of 2015-16 after winning the Bundesliga a year earlier, then reeled off 15 defenses before losing, 3-1, at Borussia Mönchengladbach on Dec. 5, 2015. 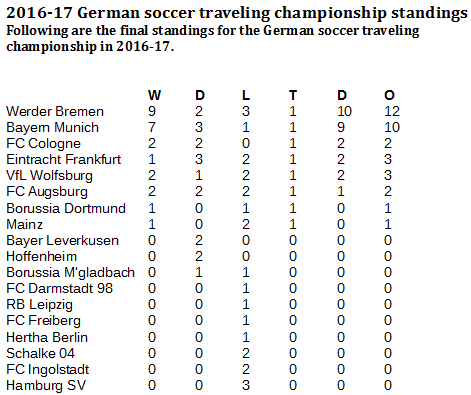 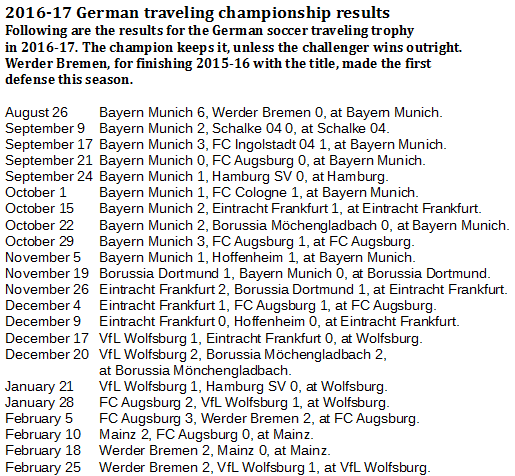