Will the NL ever regain the traveling championship?

So far, the National League is zero-for-four this season in its efforts to snatch the continental traveling baseball championship from the American League, which took over the championship last August. 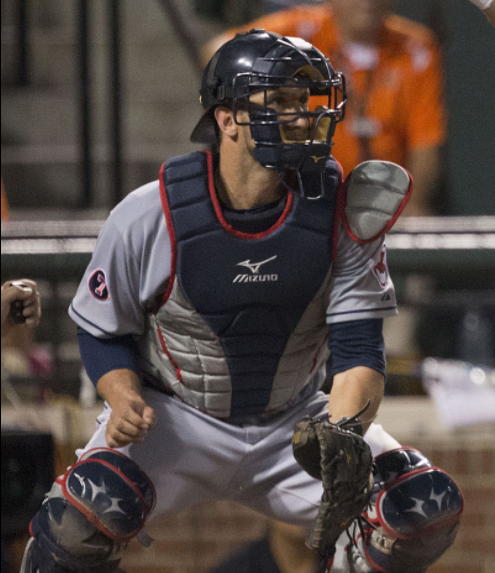 Six weeks into the baseball season, the traveling championship across the game has been stubbornly unwilling to cross into the National League.

The same could be said for the final six weeks of the 2016 season. Which is to say that the traveler hasn't been in the senior circuit since last Aug. 12-14, when the San Francisco Giants lost two of three to the Baltimore Orioles in San Francisco.

No other NL team even took a crack at it for the rest of 2016. But that hasn't been the case this year.

Next, the Yankees went to Cincinnati and gave the Reds another shot. Though the Yankees and Reds split that series, the Yankees kept it because the continental champion holds the title in case of a tied series.

Right after the Houston Astros prevailed against the Yankees, they went to Miami to give another National League club a try. It ended with a Astros sweep.

Now, another opportunity presents itself for the National League. The Cleveland Indians took the traveling championship from the Astros by sweeping three in Houston during the weekend.

So, the Indians now will put the title up against the Reds this week in two separate two-game series, back-to-back. The first series will open in Cincinnati Monday night.

While the traveling championship and the National League can't get together, another stubborn trend for the continental traveler has ended.

The Astros broke a five-year run without the title, the longest ever for any team, when they won three of four from the New York Yankees in New York last weekend. And they even defended it once, a first, by sweeping the Miami Marlins on the road in their next series.

The Astros held the traveling championship only one other time in history, claiming it with a two-game sweep of the Milwaukee Brewers at home May 16-17, 2012. Five years is a long time in baseball these days. The Astros were a National League club in 2012.

That Astros club finished the year 55-107, the second of three consecutive Houston clubs that failed to win 60 games. The heroes of that title for the Astros were Carlos Lee, who went three for four with two runs, three RBI and a homer in an 8-3 win on May 16, and J.A. Happ, who pitched six shutout innings in a 4-0 win the next day.

The Astros failed to defend that title, immediately losing two of three at home to the Texas Rangers.

Being fair to the Astros, the traveling title hasn't often crossed their path in the last five years. In fact, they never again played for it until Aug. 3-5, 2015, when they lost three straight on the road to the Rangers.

The Astros also failed in their only crack at the prize last season, losing three of four to the Rangers in Arlington June 6-9.

Following are the standings and results in the national traveler through May 21. 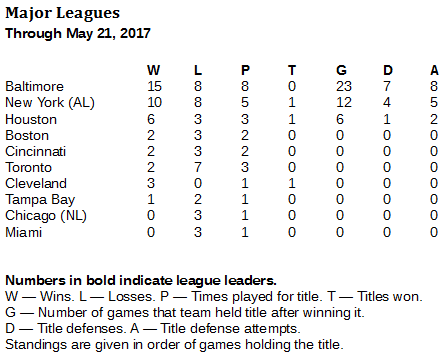 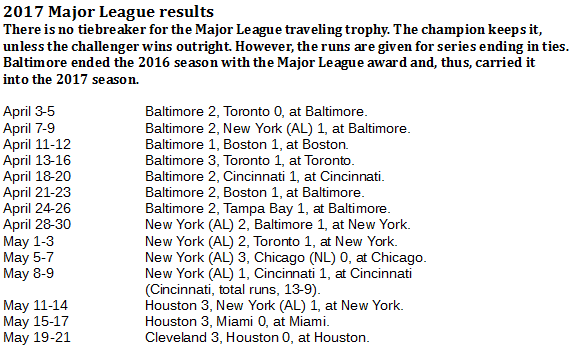