It's still early, of course, but the New York Yankees and the Arizona Diamondbacks are the top two clubs right now in the Second Division across big league baseball. The First Division, meanwhile, is as tight as ever, with five clubs within a game of the top. 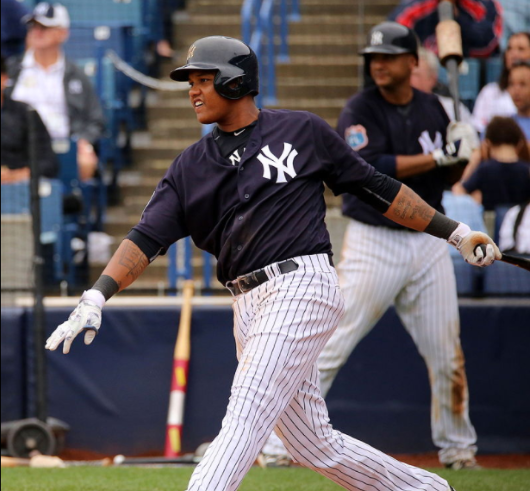 Where our ordinal divisions with promotion and relegation are concerned, the big winner has to be the First Division champion, obviously. Next in line, though, are the clubs that win their way into the First Division for the following season.

So, the early returns in the baseball season point to the Arizona Diamondbacks and the New York Yankees, tied on top of the Second Division, each at 6-3. But it is early, and there's nothing to be gained from calling favorites.

That is, every Second Division club except the last-place Mets. But the Mets still have another 20 games within the Second Division. They're not done, either.

The First Division has tightened up a bit since we checked a couple of weeks ago. Now, the top five clubs are within a game of each other. 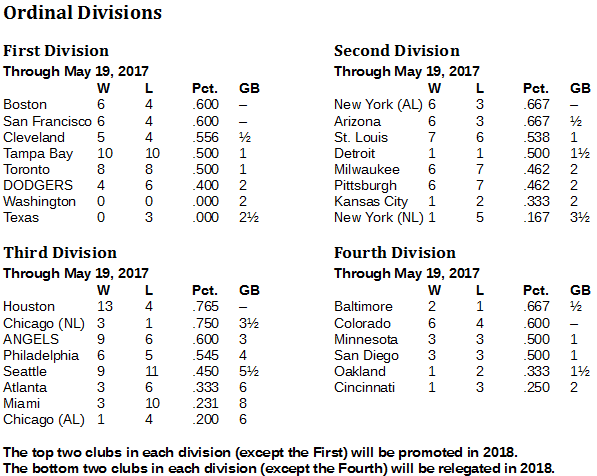 The same can't be said in the Third Division, where the Houston Astros have opened up a three-game lead.

The Chicago clubs are lightly scheduled in the Third Division this year, which means they must make the best of the few opportunities out there. Entering May 19, the Cubs have 21 more games, and the White Sox have 20, including their May 19 game against the Mariners.