The Minnesota Wild ran a 12-game streak of victories for the continental hockey traveling championship in December, a streak twice as long as any other in the two-year history of the competition. It was enough to make the Wild the Team of the Year. 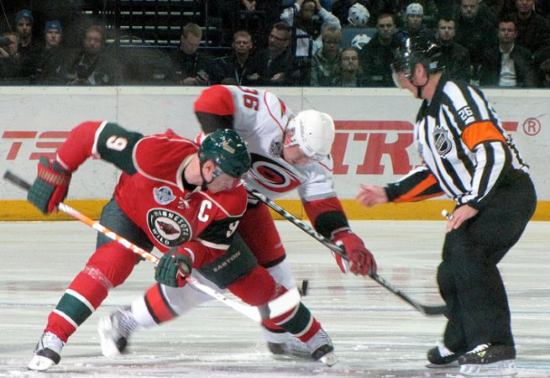 Of all the sports for which we track traveling championships, pro hockey is the most difficult in which to develop a long winning streak.

So, it counts as a fine achievement for the Minnesota Wild that it won 12 straight for the continental pro hockey traveler last December. The streak was well more than enough to make the Wild the Team of the Year with the prize.

It started for the Wild with a 2-1 overtime win on the road against the Edmonton Oilers on Dec. 4 to claim the traveling championship. The Wild then won 11 more games consecutively. The streak finally ended with a 4-2 loss at home against the Columbus Blue Jackets on Dec. 31.

During the streak, the Wild scored even more than usual. The average National Hockey League (NHL) team scored 2.77 goals per game in 2016-17. The Wild was second in the NHL, scoring 3.24 goals per game. But the Wild outscored their opposition 47-22 during the 12-game run, an average of 3.92 goals per game.

The goaltending for Minnesota also was stellar. Devan Dubnyk was 10-0, allowing only 17 goals in his ten games with a save percentage of .942.

In two years of tracking traveling championships across pro hockey, no other club has ever won more than six consecutive games.

The Wild finished the year 14-2 with two titles in games for the traveling championship, easily outdistancing the second-best team, the Winnipeg Jets, who finished the season on a hot streak to reach 9-6 with three titles.

Minnesota's dominance this season contrasted with the 2015-16 competition for the continental traveler, a tight race that finished in a tie with the Florida Panthers and Colorado Avalanche on top. 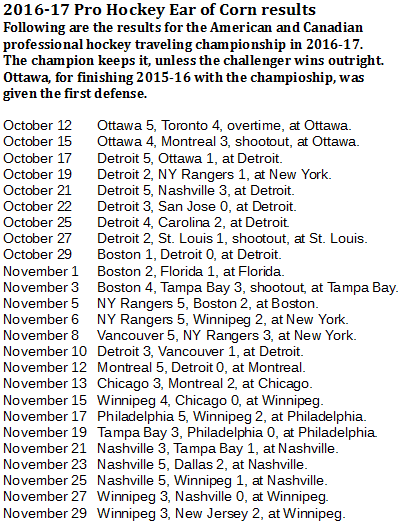 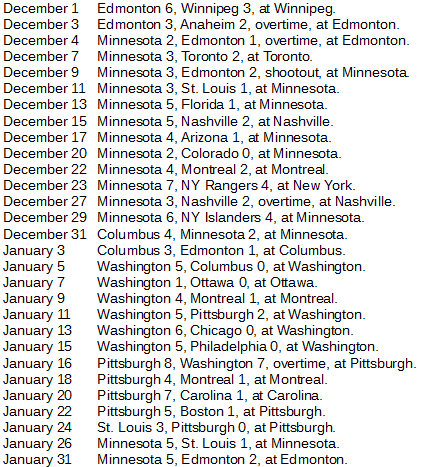 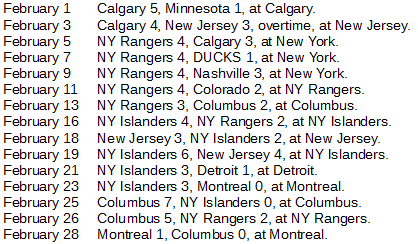 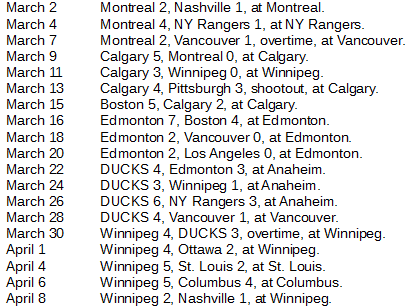