The Dodgers lost the National League traveling championship by losing two of three at home against the Washington Nationals this week, continuing an offensive slump that now has lasted for longer than a week. 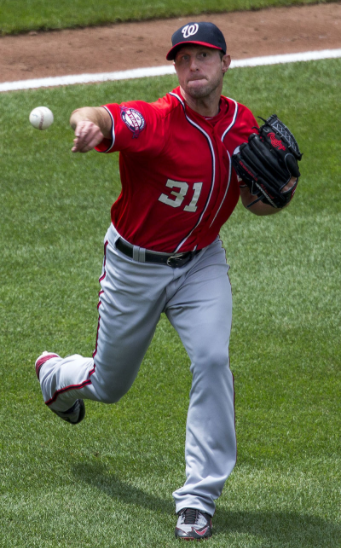 Max Scherzer struck out 14 for the Washington Nationals in a 2-1 win against the Dodgers on June 6 (Keith Allison/Creative Commons 2.0 Generic license).

An offensive surge took the Dodgers to the National League traveling championship last week, and now an offensive slump has taken it away.

Losing two of three games this week against the Washington Nationals at Dodger Stadium, the Dodgers lost the traveling championship to the visiting club. The Dodgers scored four runs in the three games.

The Dodgers remain on top of the traveling standings with two titles and 13 games of defense. But the Nationals have the league traveler for the first time this season and become the eighth club this year to claim the title.

The downfall for the Dodgers is a batting order that is prone to strikeouts and double plays, but is not as likely as most other clubs to hit the ball out of the park. Strikeouts are everywhere throughout the game now, but so are home runs. Except that's not how it works with the Dodgers, who entered games of June 9 with the fifth most strikeouts (541), but tied for 21st in home runs (66).

Somehow, the Dodgers won three of those games. The outburst against Milwaukee was one, Clayton Kershaw's 2-1 win against Washington's Stephen Strasburg on June 7 was another, and a 2-1 win against the Brewers on June 2, when Kershaw out-dueled Jimmy Nelson.

If it seems that the Dodgers can't win a game unless Kershaw pitches or the other team can't pitch, that's right. At least for the last eight games. 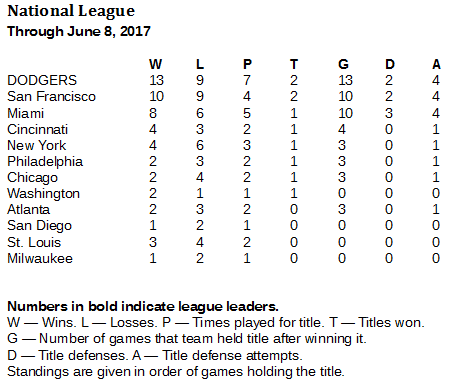 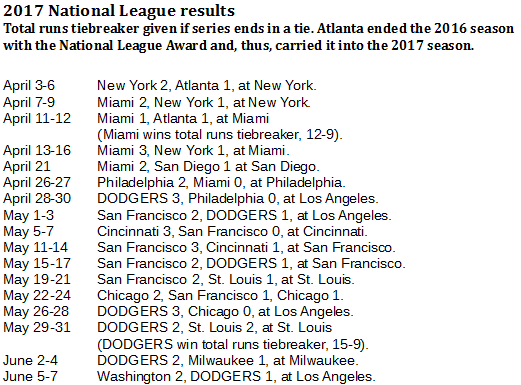