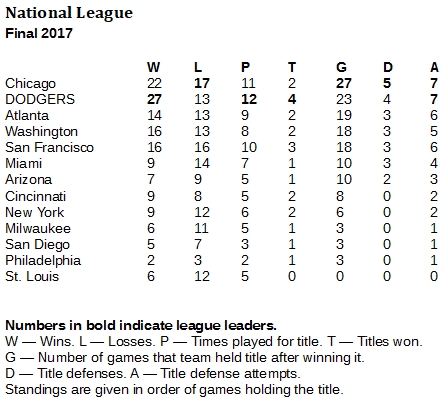 The Chicago Cubs turned a season nowhere near the 2017 National League (NL) traveling championship into a photo finish at the end. But they fell short in their bid to wrest the season title from the Dodgers during the NL Championship Series (NLCS).

The final numbers show the Cubs with 27 games of title defense, compared with 23 for the Dodgers. That puts the Cubs on top of the final standings, but does it make them Team of the Year?

Most of all, though, in the end, when season honors were on the line, the Dodgers thumped the Cubs in a five-game NLCS. So, even though the Cubs are on top of the standings, the Dodgers have most else in their favor, including the prize at the end of the season. The Dodgers are Team of the Year.

But the Cubs were the better story. As the Cubs began a three-game series at Wrigley Field against the New York Mets on Sept. 12, they were a sorry 4-8 in games for the NL traveler, including one title with no defenses, as well as two other failed attempts at the crown.

The Cubs then went streaking, sweeping the Mets, then the St. Louis Cardinals at home, winning three out of four on the road against the Milwaukee Brewers, then winning three of four in St. Louis. Back home to end the regular season, the Cubs beat the Cincinnati Reds two out of three.

Coincidentally, the Cubs held a mere two-game lead in the NL Central as the Sept. 12 games began, so their rally to the end conferred the additional benefit of a division title, which they won by six games. From Sept. 12 to the end of the regular season, the Cubs were 14-3 with five series victories.

The Cubs took the prize through the NL Division Series (NLDS), defeating the Washington Nationals in five games. But the Dodgers, taking the Cubs down so decisively with four wins in a five-game NLCS, rightly claimed the title at the end. 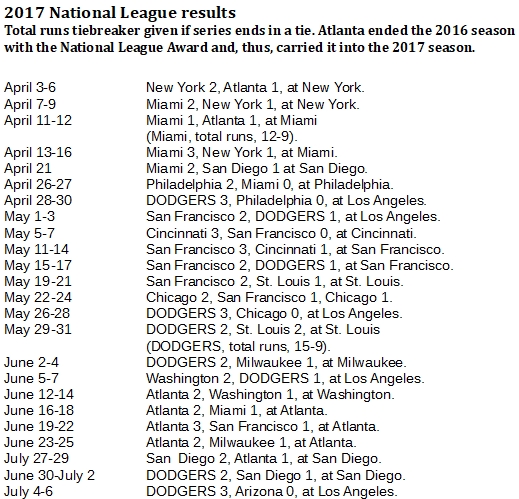 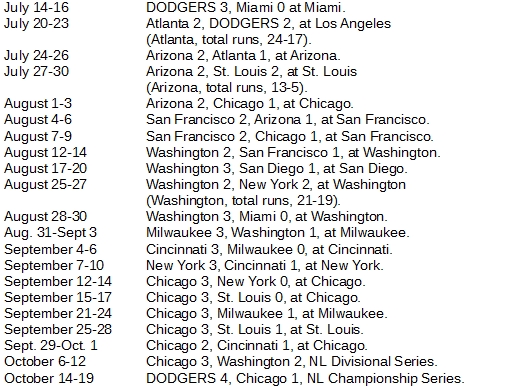